Shaun Livingston suffered through one of the worst injuries the NBA’s ever seen. But he hasn’t just persevered—the Warriors guard has become more relevant than ever. 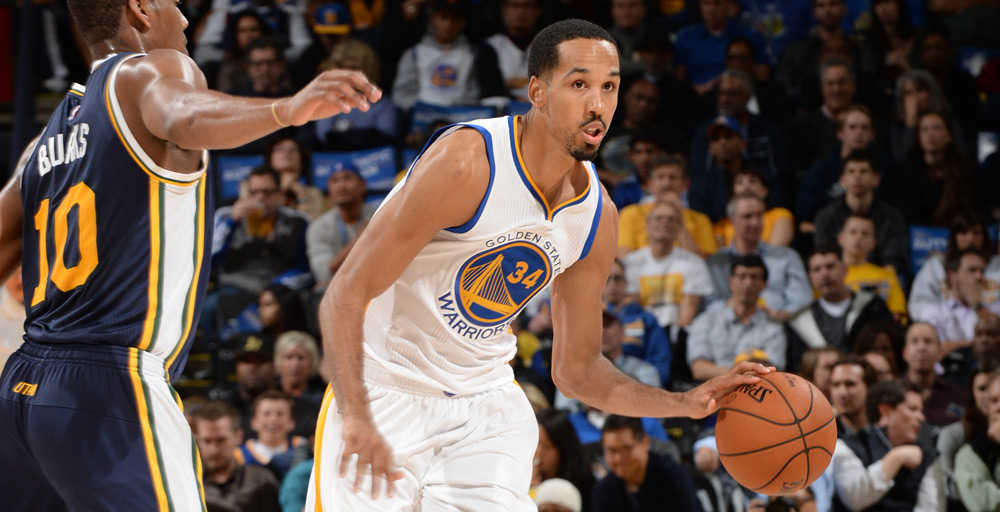 “It was a routine play, going up for a layup,” Shaun Livingston recalls about the night of February 26, 2007. “I got a steal, picked it up, boom. Going down court, running full speed, going up for a layup on the left-hand side. I go up, right-handed, jump off my left leg. The guy kind of runs past me, Raymond Felton. He didn’t really undercut me, he just kind of ran past me. But as I go up, I kind of lose track of my balance and I jump, and I come down and I still kind of think I’m in the air a little bit. So as I come down, the impact of not having my feet and legs under me, my knee buckled and from there, it snapped and it didn’t come back.

At the time, Livingston was only 20 years old, backing up Sam Cassell as the most dynamic piece of a pre-Lob City Clippers squad, coming off a then-rare post-season appearance the previous spring. Now regarded as one of the NBA’s top backup point guards, it’s easy to forget that the Peoria, IL, native was once a unique, oversized floor general who combined Magic’s passing sensibilities with Penny’s athleticism, brimming with potential future stardom.

“I’m 18, 19, 20, being able to move, get up,” remembers the former prep-to-pros phenom.  “I could wake up in the morning and just dunk, straight out of bed. Just go and just hoop, without stretching, without doing anything. And now, my body, I’m 23 and I feel like I’m about 43. Waking up, my knee’s swollen. I’ve got to do all this rehab before practice even starts. I’ve got to do this maintenance routine and it’s still not right.

I’m a step slow, really two or three steps slow, and so I’ve got to adjust my game. That’s what I’m thinking. And so, how can I be effective without playing the same way that I used to play, without playing the way that I’ve always played, which made me who I am? So now I have to kind of re-adjust my identity as a player. Just remembering that struggle, of going in, not having a job at 23 years old, not having a degree to fall back on, it’s like, Man, what’s next? You’re in the dark, trying to find your way out. But it’s just that faith of just working, just grinding your way out. Understanding this is life, worse things can happen to people. It’s like how you deal with it, how you bounce back. That’s what defines your character and who you are as a person.”

After missing the rest of ’06-07 season and the entire ’07-08 campaign to rehab, Livingston eventually signed with Miami, but after seeing action in just four games, he was waived. So he swallowed his pride, went down to the D-League and after a successful stint, was called up by the Thunder.

“I cherish that [D-League] experience because it made me go down and grind it out with guys that are trying to make the team. Going from flying private to flying commercial, carrying your own bags, having roommates in your hotels,” the fourth overall pick in the 2004 Draft explains. “I was like, I’ll do everything, but let me just get my own hotel room. I’ll pay for that.”

Livingston began a professional odyssey, playing for OKC, Washington, Charlotte, Milwaukee and Cleveland, while gradually showing that his refashioned skill set—instead of relying on his diminished explosiveness, his game is now more about taking advantage of size mismatches in the post, a polished mid-range game and enough defensive versatility to guard all three perimeter positions—could make an impact before landing in Brooklyn last season.

After a strong postseason in which he emerged as a key contributor for the Nets, Livingston signed a three-year, $16-million deal with Golden State.

“Bouncing around, team to team, the toughest thing is just moving, building an identity with a team, build some chemistry. You get kind of close with some of your teammates,” says the low-key Livingston. “[But] I could handle this because I’ve been through worse. Again, it’s all about perspective. I’m always thinking about people who have been through worse than me. I’m blessed. I’m in the NBA, playing a sport that I love. I have a job that I love. I get to wake up every morning to do something I love.

“Having that year last year in Brooklyn, it was rewarding for everything that I went through,” adds the 29-year-old veteran, a key member of the red-hot Warriors’ rotation. [Golden State was on a 16-game winning streak when this was written.—Ed.] “I was able to build that into free agency and get an opportunity with Golden State.