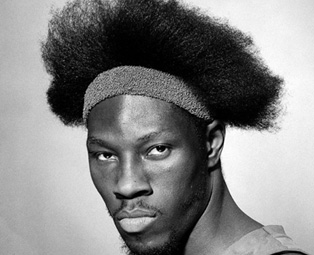 As I’ve written here before, Big Ben’s leaving the Pistons was a big blow to me an my family. Just the other day my 8-year-old son Jacob said to me, “I hate Big Ben now, Dad. That sucks.” So does his language, but I was feeling him. Big Ben has been my favorite player for the past five years or so, a passion that obviously was passed on.

I wrote several stories on Ben for Slam, from the first Hype to the first big feature. I enjoyed talking to him and always loved watching him play, especially from close to the court, where you can really observe his lateral quickness, hops, strength and court savvy. I loved what he brought to the game and I was very letdown to see him leave. But I was sanguine, figured that’s how things work and you can’t blame the guy for signing such a deal.

But now that he is in Chicago popping off, it’s pissing me off. Ben gives the appearance of being a stoic, hard-working, nose-to-the-grindstone guy, and obviously he is in many respects. It’s inspirational how he turned himself from an undrafted free agent into a perennial All Star. But let’s be real: Ben feuded with George Irvine, he feuded with Rick Carlisle and he feuded with Larry Brown. Now he’s at least partially blaming Flip Saunders for his decision to leave Detroit. He’s a bit of a malcontent.

What really made me sit up and take notice and write this is Ben’s bitching about sitting on the bench of his final quarter with the Pistons. That’s just an astounding thing to whine about. The Pistons were down 19 in a win-or-die game and Ben is probably the worst offensive starter in the League. And he had made 8-or-24 (33-percent!) of his free throws in the series and the Heat were starting to foul every time the Pistons crossed halfcourt. How could Saunders have done anything but put in McDyess, a player who could actually shoot?

As a journalist, I appreciate a player actually speaking from the heart.

As a Pistons fan, I wish Ben would keep his mouth shut and put his nose back to the grindstone.