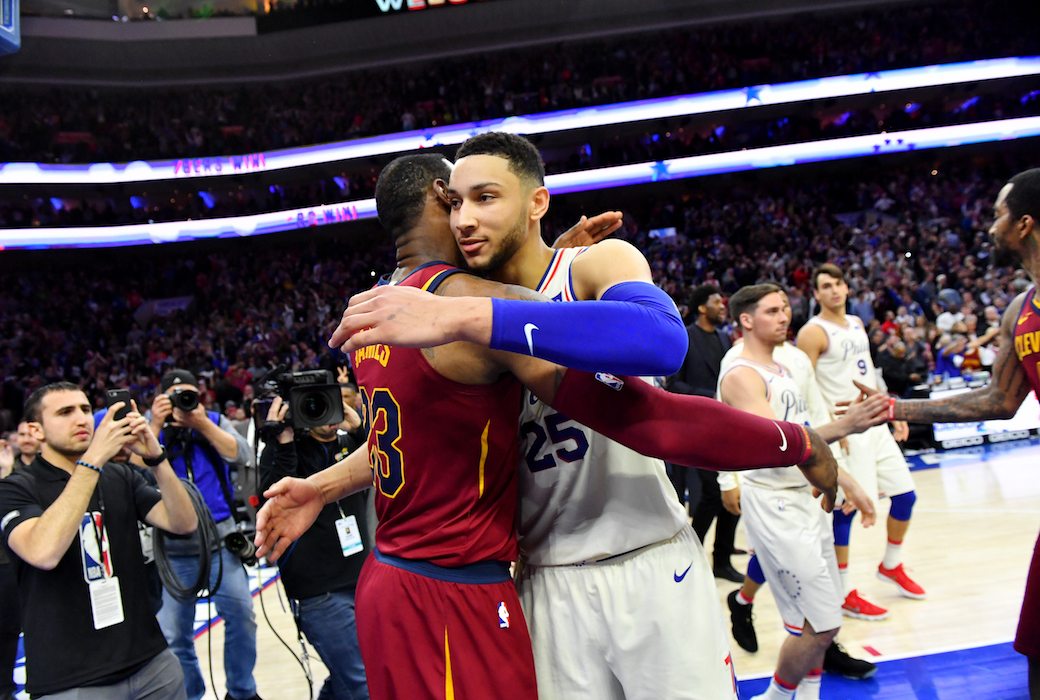 Ben Simmons almost had a triple-double in the first half as the 76ers got off to a fast start and hung on to beat the Cavaliers, 132-130, in a thriller at Wells Fargo Center.

The Sixers scored 78 in the first half and led the Cavs by 23 at the break behind 13 points, 11 rebounds, and eight assists from Simmons.

So casual. Have yourself a game, @BenSimmons25. (via @NBA) pic.twitter.com/NzeZanaPBS

Then LeBron James and his team got going.

The Cavs began the second half with three straight threes and won the third quarter 43-27. James scored 19 in the period.

Then the fourth quarter happened. James scored 16, while Simmons had eight points and three assists. It was tight down the stretch as neither star nor team relented. And despite the loss, you have to appreciate the dunk, then the stare-down from James:

That stare-down 👀 (via @NBA) pic.twitter.com/EwMnOEtSdZ

With the win, the Sixers have overtaken the Cavs for the 3 seed in the Eastern Conference. They lead Cleveland by half a game with three to play.