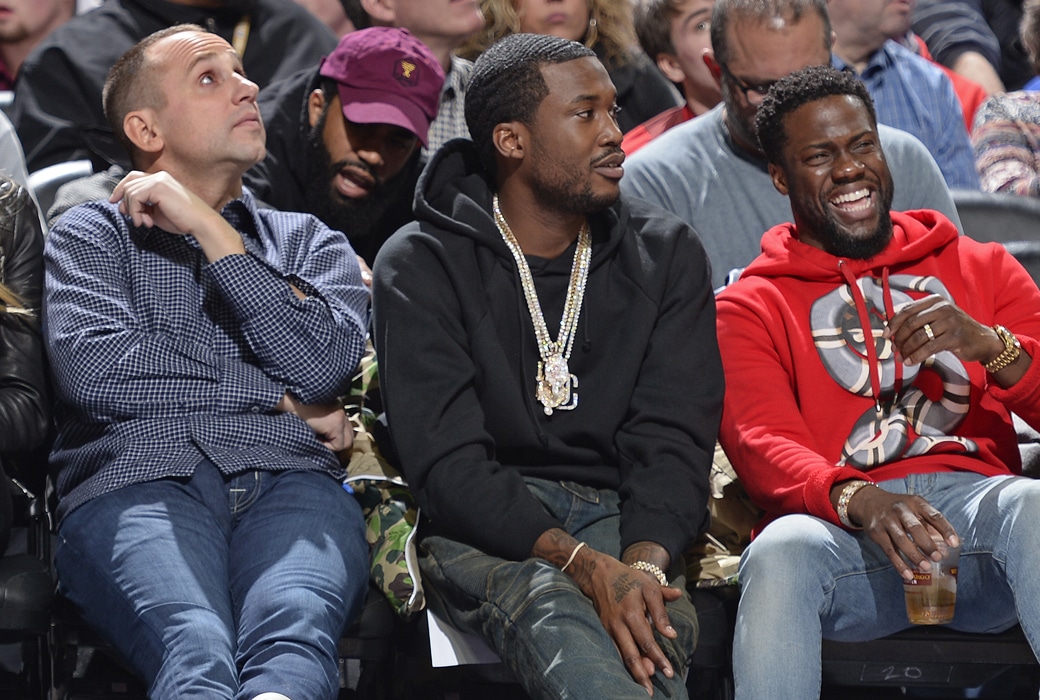 Sixers minority owner Michael Rubin says he will be picking up Meek Mill after the rapper was released from jail on Tuesday.

Rubin added that it’s “more likely than not” that Meek will attend 76ers–Heat Game 5 on Tuesday.

Just spoke to Sixers co-owner Michael Rubin. He said it’s “more likely than not” Meek Mill will attend Game 5 tonight, and he’ll ring the ceremonial bell pre-game if he can get there in time.

@meekmill is FREE!!! Just left visiting Meek with @kevinhart4real and I’m on the way back to pick him up as we speak! #MeekisFree #GoSixers

In November, Rubin wrote a letter to help keep Meek out of prison.

He, along with several Sixers players, visited the rapper in jail on multiple occasions.