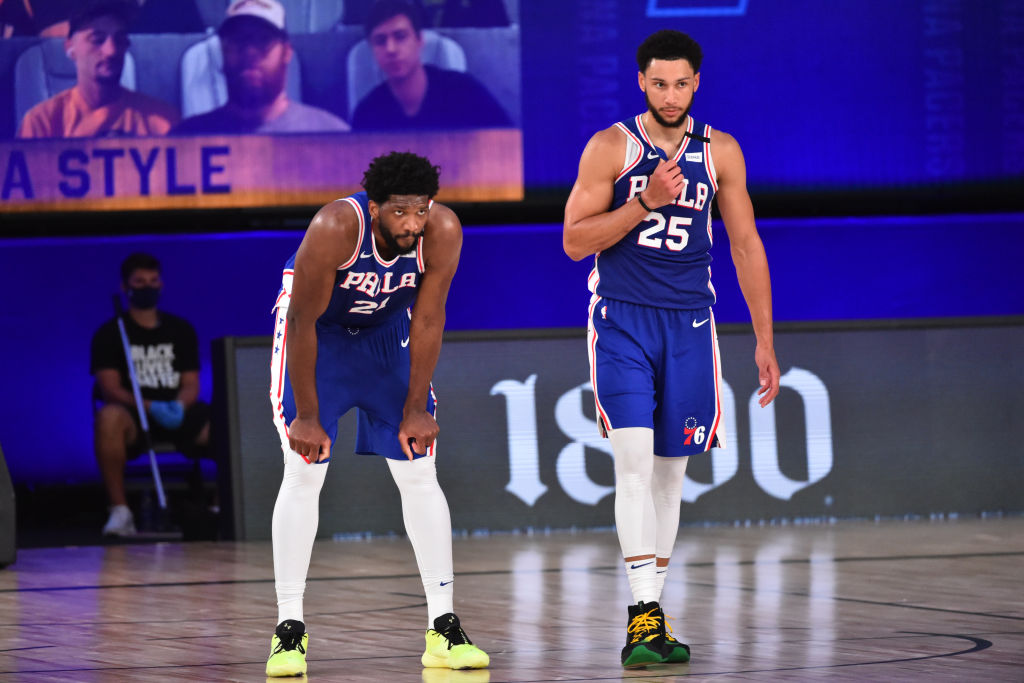 Philadelphia 76ers general manager Elton Brand isn’t eager to ship out either part of his franchise’s core duo. Today, the day after getting swept out of the first-round by the Boston Celtics, he made that abundantly clear.

“I’m not looking to trade Ben or Joel,” he told the media, including Tim Bontemps of ESPN.” I’m looking to complement them better.“

The duo of versatile oversized guard Simmons and prolific big man Embiid have carried the franchise from the league’s basement to their current location as a perennial mid-level contender in the Eastern Conference.

At the end of the day, however, the team has failed to make noise in the postseason the past three seasons, flaming out in the second round twice and then this round, sans Simmons, in the first.

Both Embiid and Simmons have struggled with their health on and off over the years and there has been no shortage of concerns about their ability to play together but despite it all, they’re two of the game’s intriguing young stars at 26 and 24 years old, respectively.

Before his season was cut short by a partially dislocated kneecap, Simmons was averaging 16.4 points, 7.8 rebounds and 8.0 assists per game. Embiid averaged 23.0, 11.6 and 3.0 respectively.

With the recent decision to fire head coach Brett Brown, the Sixers organization will get the chance to see if there’s a better way to utilize their two top talents, both unique stars even in today’s modern era.

If, as Brand implies, the answer is in who the team surrounds their core with rather than the core itself, the offseason will be a pivotal one. With the likes of Jimmy Butler and J.J. Redick on their flanks, Philly was one of the scariest dark horse candidates in the league.

Neither Butler or Redick were retained last summer. Instead, with over $200 million invested in Tobias Harris and Al Horford for the next two to four years, the team will need to get creative.

This is not to say that cash strapped teams can’t still make moves on the margins to drastically alter their outcome. Perhaps the new system brought upon by a new coach and a season of good health is all the Sixers need to remind the world of what made them so exciting previously.

The big takeaway from today is during an offseason of change, the man in the front office making the decisions is intent on keeping Embiid and Simmons together.