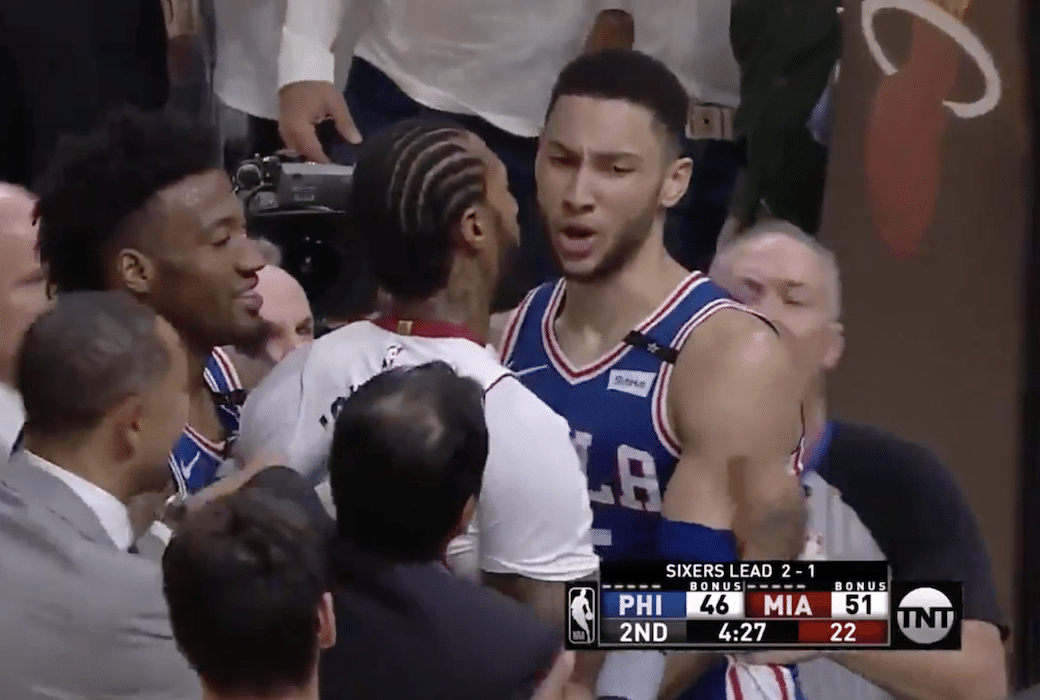 The Heat and 76ers have played an intense first two-plus games of their First Round series and some frustrations boiled over late in the first half of Game 4. With 4:27 to play in the second quarter and Miami up 51-46, Robert Covington fouled Goran Dragic on his way to the basket. Miami’s James Johnson immediately came over and shoved Covington, then Ben Simmons ran over to intervene. From there, it set off a brief altercation between the two teams.

Johnson and Simmons were both given technical fouls for their roles in the incident.