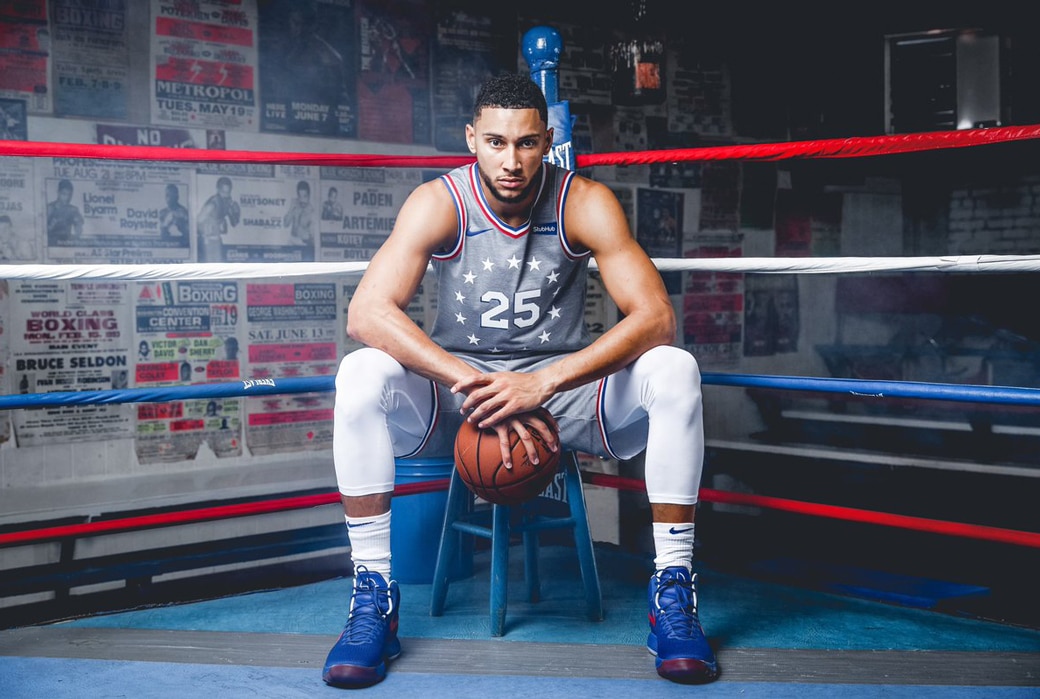 The Philadelphia 76ers have unveiled new “City edition” Uniforms, which will debut on November 9th when they host the Charlotte Hornets.

The jerseys were inspired by the “Rocky” movies, as they feature 13 stars in a circle (a nod to the boxing ring in which Rocky and Creed squared off) and a red, white and blue waistband (a nod to the championship belt):