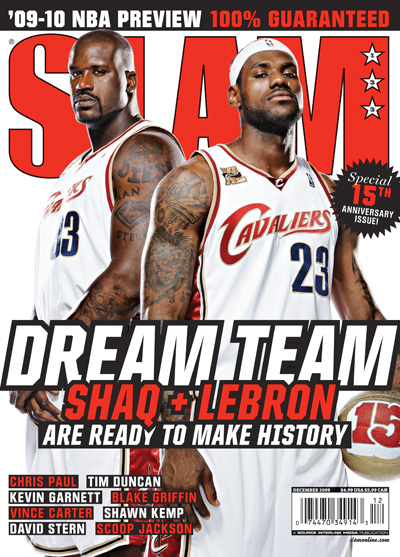 The 6th Man: It was halfway through my freshman year of college, and one of the first friends I’d made had already gotten kicked out of university housing. He suddenly had his own off-campus apartment, and its walls needed some decorating. He hit up the local newsstand to grab some magazines that would serve his purpose, and he found a gem of a mag that would change my life (if not his; last I heard dude had changed his stripes and become a corporate lawyer).

The magazine, of course, was SLAM, a brand-new outfit that first caught the eye because of its wall-friendly images of contemporary heroes like Charles Barkley, Larry Johnson and Chris Webber. But SLAM had more than a good look. The whole thing was funny, and the love of the game was obvious. My buddy and I felt like SLAM was speaking directly to us in a way that no mag, newspaper or TV show (other than the occasional Craig Kilborn-hosted SportsCenter) had ever done.

Three years after that great discovery, having enjoyed classic issues such as SLAM 10 (Scottie Pippen: “I’m the Man.”) and SLAM 18 (“Who’s Afraid of Allen Iverson?”), I was lucky enough to join the fun as an intern. One way or another, I’ve been down ever since. What’s amazing is that for the 12-plus years of my SLAM history, on at least a weekly basis, I’ve had reader surveys, SLAMonline comments, phone calls, emails and interactions at games that introduced me to others who have felt SLAM speaks to them just like it did me. Another amazing thing is that SLAM—always a lover of the game but once derided by the “basketball establishment” for being too “hip-hop,” “young,” “urban” or any number of other code words—is now part of that establishment. We get good seats for the All-Star Game, the NBA Finals and even the once-elusive Final Four. We vote for the end-of-season awards. Our writing, editing and photo alumni have written big-time books and been Scooped up by the likes of ESPN, Sports Illustrated and NBA.com. And yet, we never changed from a publication that just sought to cover basketball in a fun and passionate way. To 15 more years…