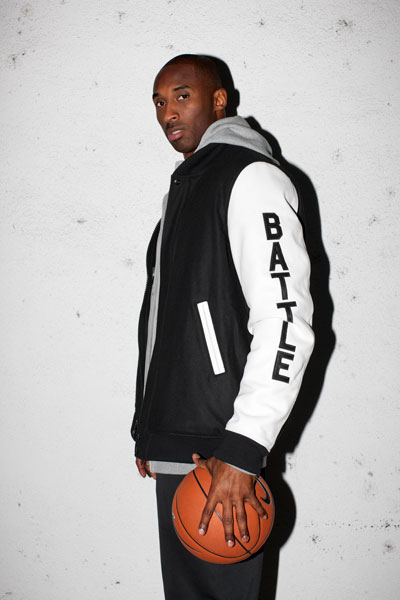 A few weeks back, I mentioned I’d been in L.A. working on the next SLAM cover story. Pretty much immediately, people started tweeting and commenting and asking if it was going to be a Blake Griffin cover.

Um, no. This issue of SLAM, number 146, drops on newsstands here in NYC over the weekend, in bigger cities the next week or so, and

“Son. Prince. King,” Lamar Odom said, when I asked him to describe what Kobe meant to L.A. “He’s been here in L.A. his whole career, so he’s definitely one of the most popular people in the city.”

Watching Kobe play over those few days, and spending time concentrating on considering Kobe, I realized that I can’t remember a time that Kobe has ever been so respected by NBA fans. Notice I didn’t say liked — Kobe has his haters and I’m sure he’ll always have his haters. But I do think he’s as respected for his basketball talent and skill and acumen as he’s ever been.

For a long time now, one of my jobs here at SLAM has been to monitor the SLAM Trash Talk email account. Which basically means that every email we get for Trash Talk comes into my account, I file them all away, and then when it’s time to put together Trash Talk for an issue of SLAM, I forward the most relevant ones to Ben and he chooses which letters make the cut. Basically, I’m a human spam filter.

And I don’t think Kobe has changed. Ever since he came into the League he’s been super-serious, hyper-focused. For a long time, NBA fans weren’t exactly sure what to make of him. Sure, Laker fans loved him, but the rest of us didn’t quite understand. Was he really a guy almost scarily obsessed with winning? Did he care more about his personal statistics than he did about his team? Was he a player who genuinely wanted to help his teammates improve? Was he really as fixated with the game of basketball as he seemed to be? As time went by, what became increasingly clear was that what we thought didn’t matter. While we tweeted jokes and debated Kobe’s greatness on message boards, Kobe just kept winning. He copped three rings early on, then drove the Lakers back from that terrible 34-win season in ’04-05, back up into the NBA elite, picking up an MVP award and back-to-back rings along the way.

Basically, the more the Lakers won, the more Kobe Bryant made sense to us. So it wasn’t Kobe Bryant who changed. We did. The constant coaching on the floor, the hours spent compulsively honing his game, the personality that only seemed to soften after winning a title, the remarkable focus—all of it was to facilitate winning. He told us that over and over, but we needed confirmation. He wanted to win, and he did, and once he did, it clicked for the rest of us.

When I was at the Lakers practice out in L.A., I ended up talking a lot with Brian Shaw, who played with Kobe on the three-peat teams a couple of years back, and now is an assistant coach for him. I asked him if he’d noticed an uptick in respect for Kobe, and he said he had.

A few minutes later, Shaw said, “Year in and year out, Kobe’s been able to will his team into these situations to have a chance to win, and Kobe’s able to get them over the top and win. He walks out there on the floor, it empowers all of the teammates he has to feel like they’re even better than they really are, because they feel like they’re going out there with the best player in the game. And also the fans, they think, ‘We’re not going to lose, because no matter what, we’ve got Kobe on our side.’”

So, all of that’s what I wrote about. As for the cover line — Watch The Throne — the idea came from this. But also, we thought it was applicable because no matter how well everyone else in the NBA is playing, the Lakers are still the reigning champs, and you can’t take that away from them.

And here you go…