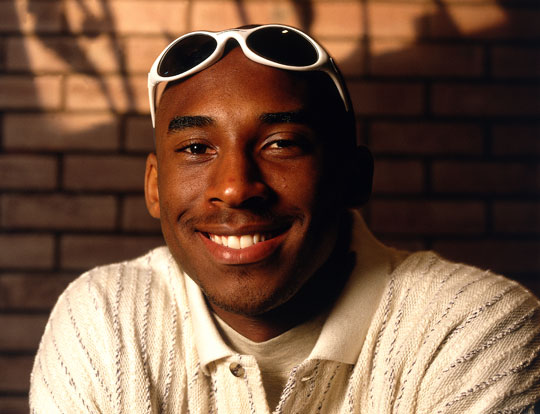 The 6th Man: Talk about self-actualization!

Above is a portrait of Kobe Bean Bryant, age 17, from June of 1996. Those who crossed paths with Kobe back in those early days—including old-school SLAM Fam like Tony Gervino and Scoop Jackson—found the recent high school grad to be incredibly confident that NBA stardom was in his future, regardless of his age, height or lack of college experience. Many kids loved Kobe for this—many elders hated him.

As a publication, SLAM mostly celebrated his brashness. As a staff and magazine that has always gone out of its way not to talk down to our hoops-obsessed readers, why wouldn’t we keep it positive? But even some SLAM editors had their private doubts about Kobe. Was he given too much too fast? Why was every interview or photo shoot so unpredictable? Was he an unrepentant ballhog?

Well, you know who didn’t have any doubts? Or at least, shielded them as well as any athlete we’ve ever seen? Kobe Bean Bryant. While fans, players and reporters tried to figure him out, Kobe was in the gym. And, steadily, everything he foresaw happened: three rings with a “big brother,” an MVP and two scoring titles as a lone ranger, two more titles as his team’s undisputed leader.

So now, just weeks before All-Star Weekend engulfs Kobe’s city of Los Angeles, he stands as the Lakers’ great icon, with a sixth ring and top-five spot on the L’s all-time scoring list both very achievable.

Pretty amazing, I say. What you should do now is flip to pg. 44 to read what our own Lang Whitaker uncovered about Kobe in talking to him, his teammates and his coaches. And then you should just sit back and watch the man do his thing.

P.S. As obvious a cover subject as he was for this time of year, the Kobe feature is hardly the only piece in here that will get your mind right for All-Star…we’ve also got a lengthy look at one-time ASW hero Allen Iverson, a great piece on East starter Dwyane Wade, a touching look at Maurice Stokes (an All-Star whose career was cut tragically short) and our usual incredible artwork and design.