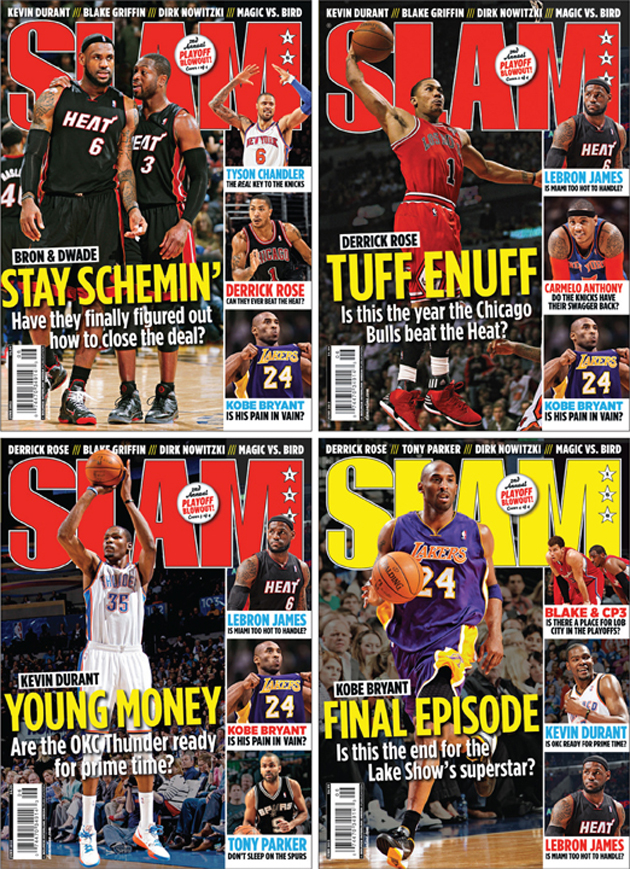 Some of you folks with short memories may have totally forgotten the lockout, but to this old head, it seems like just yesterday we had writers staking out midtown hotels and trying to translate the meaning of phrases like “how u” and “enormous consequences.” Thankfully, though, we moved on to phrases like “back-to-back-to-backs” (Kidding! The season has actually been pretty entertaining).

But now the real fun begins! Besides having Lang—who did the honors in our Preview issue as well—take a minor stab at predicting how this whole thing will turn out, we use this special Playoff issue to dig a little deeper around the various post-season storylines and examine the questions we’re most curious about, which include…

Can defending champ Tyson Chandler do for the Knicks what he did for the Mavs? How much can Kobe possibly have left? Is Lob City still the most exciting metropolis in the NBA? Why is Tony Parker having a career season now? Can Joakim Noah be the starting center on an NBA Championship team? Especially if the Bulls struggle with Roy Hibbert and the rival Pacers? And perhaps most relevantly, what—if anything—is different about the Heat this year than last?

We dispatched our great writers around the country to analyze all this stuff and much more—including a great piece on James Harden and the Thunder by SLAM rookie Royce Young of DailyThunder.com—as well as posters and a Slamadamonth that stick to the theme, all so we could best prepare you for the wild ride of the NBA postseason.

The NBA Playoffs aren’t the only thing in the issue, by the way. Continuing our efforts to provide stories about less-heralded people who are part of the game we love, be sure to read up on former schoolboy legend Jonathan Hargett and defensive stopper-turned-long-time-coach Jerry Sloan. Both pieces have twists that will likely be unfamiliar to most, if not all, of our readers.

And as for our second straight year of making four dope collectible covers (shown in gallery below and available at newsstands on a regional basis—Heat in East, DRose in Midwest, KD in Southwest, Kobe on the West Coast), what can we say? Our Creative Director’s got the juice. Cop ’em all!