For LeBron James and the city of Cleveland, this Championship means more than most of us can even imagine. 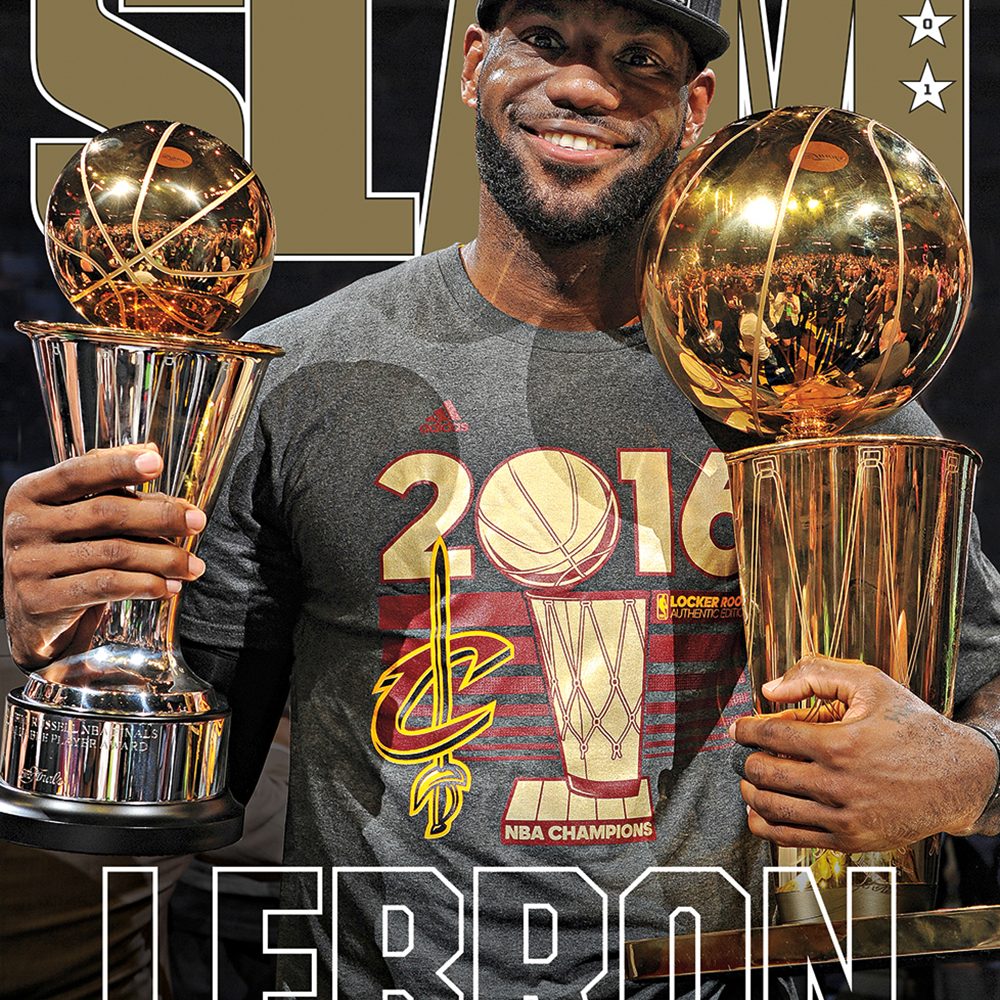 We have had NBA Finals MVPs who dedicated their victories, through a mask of tears, to their mothers, their fathers and their hometowns.

But we’ve never had an MVP say he won the trophy as a statement of resistance against the ways that neoliberal deindustrialization and urban neglect has wrecked his team’s city—a city that stands, however gingerly, a mere 20-minute drive from where he grew up. We have never had a player overwhelm everyone on the court to such a degree, leading everyone on both teams in points, rebounds, assists, steals and blocks—the first time that has happened in any NBA series ever. We have never seen someone willingly shoulder such a colossal burden and then, as the chorus of doubters reached a shrill fever pitch, deliver. But that is exactly what LeBron Raymone James did after leading Cleveland to an utterly improbable NBA title, after being down three games to one against only the greatest regular-season team in NBA history.

When LeBron shouted, “Cleveland, this one is for you!” the context was unmistakable, and everyone knew what he was talking about. It recalled his July 2014 open letter announcing his return to Cleveland after four years of mastering his talents in South Beach. It was in this mission statement where he said, “I feel my calling here goes above basketball. I have a responsibility to lead, in more ways than one, and I take that very seriously. My presence can make a difference in Miami, but I think it can mean more where I’m from. I want kids in Northeast Ohio…to realize that there’s no better place to grow up. Our community, which has struggled so much, needs all the talent it can get. In Northeast Ohio, nothing is given. Everything is earned. You work for what you have. I’m ready to accept the challenge. I’m coming home.”

This is a sports narrative that has never been written: a superstar returning home, strapping the hopes, anxieties and fears of a damaged city to his back, and coming through. Now there is no more talk of the drought, the curse, or a city branded “the mistake by the lake.” There is no more talk of a 1964 NFL Championship, with grainy footage, as the city’s last gasp of glory. Now there is just LeBron James rebranding an entire hardscrabble town as a place that would not and could not be defeated, even when going up against a New Age team playing in a New Age city. Like Cleveland itself, the world had supposedly passed the Cavs by, yet LeBron, like Christopher Reeve in Superman, flew quickly and powerfully enough to turn the whole world in another direction.

No, this doesn’t solve every problem. Cleveland is still hemorrhaging residents. Unemployment, poverty and police brutality cannot be swept under the rug by one Championship. But with this victory, we can see just what it was in LeBron’s character that made him say, as a rookie, that his dream was to be “a global icon like Muhammad Ali.” He always strived to be more than a brand. He wanted to matter in a way beyond conspicuous consumption and highlights. We have seen him use his platform to speak not just about Cleveland but connect with the Black Lives Matter movement. There were those who wished he spoke out more and those who howled at him to speak out less, but we should appreciate that he has something to say at all other than “buy my crap.” I can’t wait to see what the next step is, and that is not just hoops-related but my own curiosity about where his moral compass will take him. Wherever that is, we can say with confidence that it will be consequential. For this is truly a moment where for once, the branding and the hype have still not caught up to the man. We really are all still witnesses.

Click here to read the Editor’s Letter from SLAM 201!