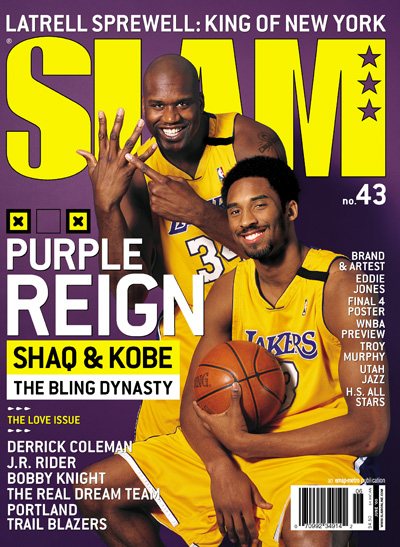 The 6th Man: The call came on a Thursday. “Russ, D. Stern. I know you heard the stuff about the coaches wearing mics, right? And you know a couple of ’em got a little—well, upset about the whole thing. But we reached a compromise. They said they’d do it if you would. What do you think?”

Visions swirled. Thoughts dumber than the ones on Who Wants to Be a Millionaire? being broadcast to the world. Maybe I’d call Scottie Pippen a “gutless loser who wouldn’t take responsibility unless it was written on an undeserved paycheck” and it would be taken horribly out of context. Maybe all of the other editors out there would steal all my best techniques and I’d be forced to live on the streets, or even worse, get a TV job.

“Tell you what, D. I’ll do it, but I want final control over what gets used. And I want to use it in SLAM, in Sixth Man or something.”