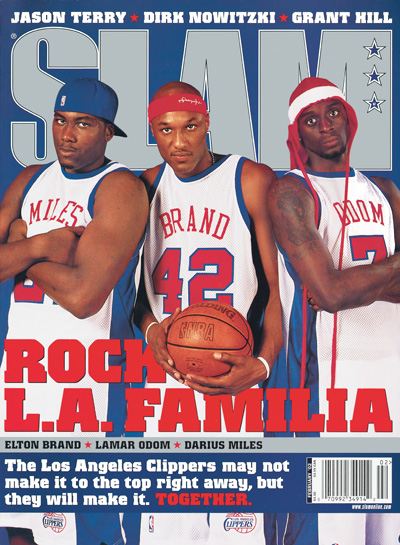 The 6th Man: Flip on League Pass, and what do you see? Michael Jordan is lighting up the League while playing for a lousy team, the Lakers are demolishing everyone in sight, and the Knicks are looking Lottery-bound*. Heck, Michael Jackson even has a new record out. What year is this anyway, 1985?

It might as well be. Showtime is back in Los Angeles, and no, we’re not just talking about The Kobe and Shaq Show. We’re talking about the Clippers, gosh darn it, and we’re going to keep talking about them. With their retro-cool unis (please, please, please don’t ever change them), and ultra-modern lineup, the Staples Center might one day become better known as the Clip Joint than the Home that Shaq Built. OK, so that might be an exaggeration.

But look at that squad—at least the goofballs we put on the cover. From left to right we have: Elton Brand, who can bench-press two Shaqs and has seen quite enough NBA losses for one lifetime, thank you. Lamar Odom, who stands 6-10 and can play any position on the floor—two at a time if necessary. And Darius Miles, whose skinny frame belies his Superball bounce and wiry strength (gained, no doubt, from lugging that huge platinum piece around). And that’s just three—we’re not even getting into Jeff McInnis, who’s apparently still making every other team pay for passing him over, and Corey Maggette, who can jump over the moon, and Eric Piatkowski, who can shoot the lights out, and…

You get the point. If the Clips stay together, they’re gonna do some work. More importantly, they’re gonna play more than 82 games a season, and keep the Staples Center schedule makers busy deep into summer. Maybe not right away, mind you—1-3 starts do not champions make—but soon. Provided, at least, they can keep their own jerseys on long enough to play in them, and provided Lamar can stay on the court for a full season (c’mon, L.O.—lead by example, Dog).

Elsewhere, staying on the ’85 vibe, we got a big-ass, small-town white boy with a distinctive accent, a whole mess of blond hair and a Volvic-pure shot (holla at a playa, yo), and well, Walter Davis, who was still pouring in the points by the double-dozen back then. Not to mention a third straight Michael Jordan poster, which has to be some sort of record.

Oh well. Throw on some New Edition, break out the original Jordans (or some Top Tens), and party like it’s 1985.

P.S. *DISCLAIMER: This was written on November 6, 2001. If the Knicks have gone on a 20-game winning streak since then, I apologize. 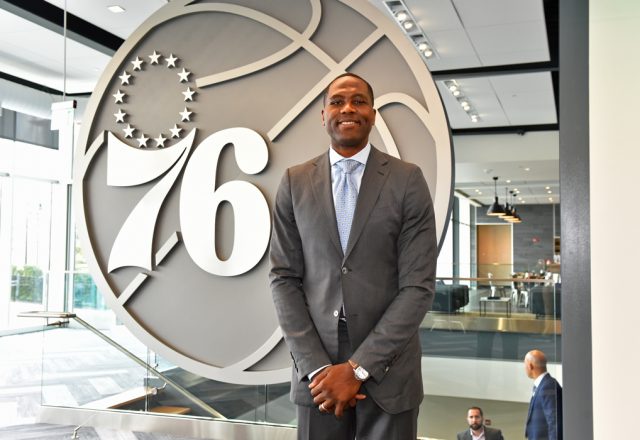