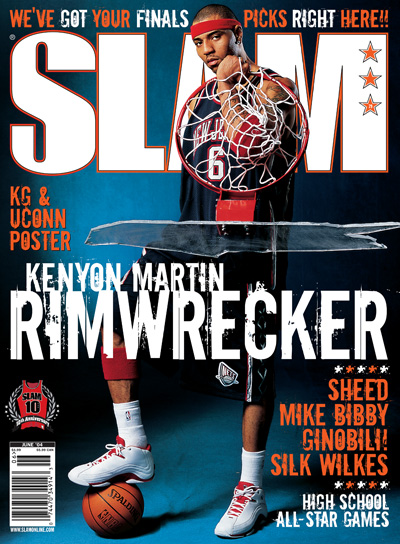 The 6th Man: This was brought up last issue in the tiny type along the bottom of the All-Star feature, but it merits mentioning again in a more prominent location: We’re deading the whole KMart thing. Read Lang’s entire story—the entire issue with the exception of this page, for that matter—and notice you won’t find that diminutive used once. Why not? Because, to be honest, there’s never been anything cut-rate about Kenyon Martin or his game. And if you want to get deeper, yeah, maybe there’s some guilt—after all, we’re the ones who have discounted his talent and accomplishments. Leaving him out of our Top 50 Dunkers of All Time special issue? Stupid. Not giving him a cover, even as he dunked on everyone in the NCAA for four years, was the first overall pick in ’00, then co-led his Nets to the ’02 and ’03 NBA Finals? Yeesh. So consider this a collective “our bad.” After all, Kenyon should have been a SLAM guy from the start. Less animated guys than him have their own shows on the Cartoon Network, for God’s sake.

So what happened? Honestly, I’m not sure. Maybe if we had one more issue a year, Kenyon would have gotten his cover already, and this never would’ve been a problem at all. And I would have been able to fill this space with something else, like my frustration over not being able to find a decent shot of Oklahoma State’s Joey Graham monster-dunking all up in some poor St. Joe’s guy’s mug in the Great Eight (and one, no less). I’d look up the name, but dude is probably embarrassed enough as it is.

Anyways, here we are. The cover you just turned past pays homage to one of the most powerful players ever (you remember that Sir Charles poster, right?) and at last gives some much-deserved respect to one of the most powerful players today. A man whose game will never be a blue-light special. And if anyone has ideas on a new nickname for Kenyon, let us know. 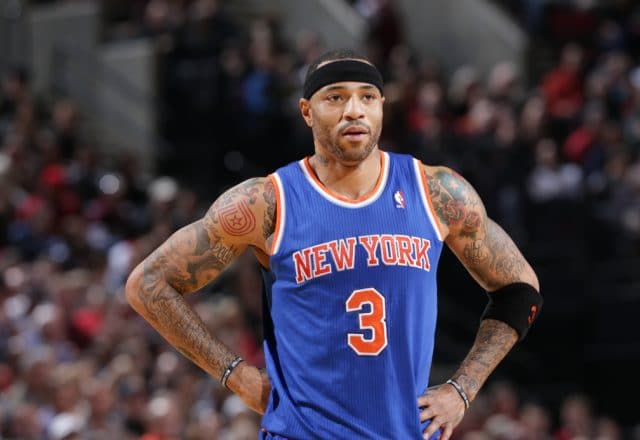 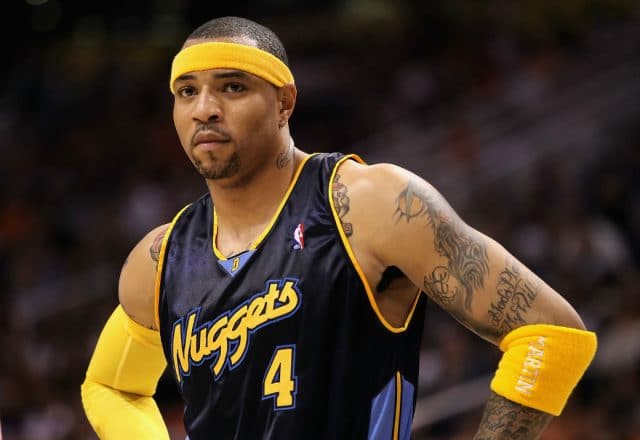 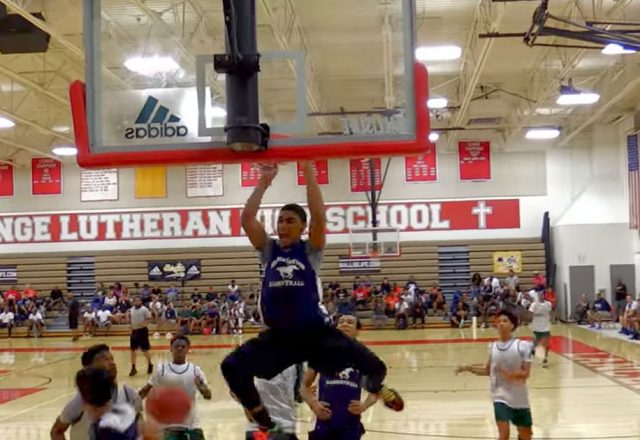 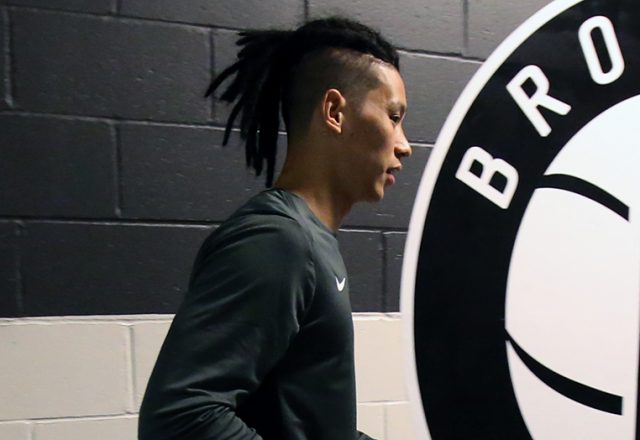 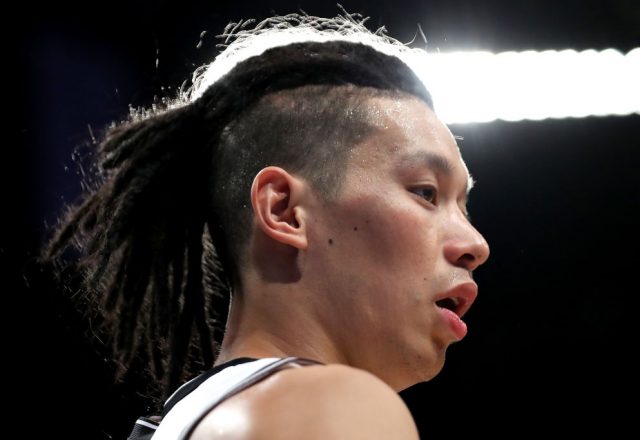