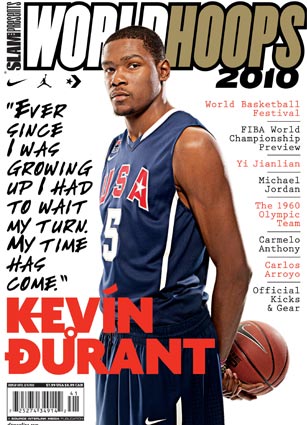 This is when it started. I just returned to college to finish up my final semester of senior year. Snowmaggedon was blasting through the northeast, leaving my housemates and I restricted to our off-campus house and devastatingly vulnerable to boredom.

To help pass the time, doing myself a favor and passing on the alcohol, I started researching countries to backpack through as an all too typical post-grad adventure. I’m

not one for just sightseeing and partying, as ridiculously blackout as that may sound. If there was a way for me to get some work in, I was all for it.

As snow continued to pound the tri-state, my travel bug bit harder and harder at my complacency. There’s only so much shoveling, snow activities and coffee one person can handle during a blizzard. For an entire day, I nearly blinded myself searching through countless travel websites, until I finally stumbled upon this:

Perfect. So on that Tuesday afternoon, I emailed Ben the E-I-C asking about SLAM’s plan to cover the event and how I could get involved.

Six months later, and I have a media credential for the WBC, a plane ticket to Turkey and a hotel reservation in Istanbul.

Six months later, the World Hoops 2010 issue is here with Kevin Durant gracing the cover (on newsstands this coming week in New York City). Throughout the season and Playoffs, the gold medal winning “Redeem Team” had wavered about reppin’ USA for the World’s. One man who didn’t was the increasingly popular Durant. The Thunder superstar, who was cut from that ’08 team as a 19-year-old rookie, had as great a shot as anyone to make Jerry Colangelo’s and Coach K’s squad. He was coming off a fantastic season, averaging 30.1 ppg while pushing the Lakers to a six-game first round series.

With a little help from Nike and their World Basketball Festival announcement in mid-June, Durant was a lock for the team (according to Colangelo that afternoon) and consequently our cover. As I said then, “we ducked in to a photo shoot where our man Atiba was ready to photo Durant and Yi.”

What you see is the result of that shoot. A respectful, confident young man who is growing into the face of Team USA and its number one option on offense. I’ll admit, we got a little fortunate when the free agency fiasco roared its ugly head and the complete contrast was KD simply relaying on Twitter he had signed an extension with OKC. Simple and to the point. Everything the free agency circus wasn’t.

Besides the Durant cover story, which Norman MacLean, I mean Lang, obviously kills, I try my hand at my first multiple-page feature about Yi Jianlian and his varying degrees of success with Team China and the NBA. I also penned the four group, 24 team preview for the World’s. It includes some history, what to expect and who to look for in Turkey. There are also stories on Carlos Arroyo, Team USA history (an Old School by Michael Bradley at that), and in-depth coverage of the upcoming World Basketball Festival in New York City about two weeks from now. And of course, there are spreads of the new Nike Hyper Elite Uniforms; fresh Nike, Converse and Jordan kicks for 2010; and a lot more apparel reflective of the impending World’s. Everything you will need to know in preparation for the World Basketball Festival and World Basketball Championship is in the pages of this issue. Enjoy.

As for me, I’ll be situated in Istanbul primarily covering Team USA in Group B at the Abdi Ipekci Spor Salonu arena (there are four different cities/venues for the group stages) and then when the knock-out rounds begin and the entire Championship shifts to Istanbul at the Sinan Erdem Dom. And of course, I’ll have a duffel bag full of this issue, reppin’ SLAM the best way I can.