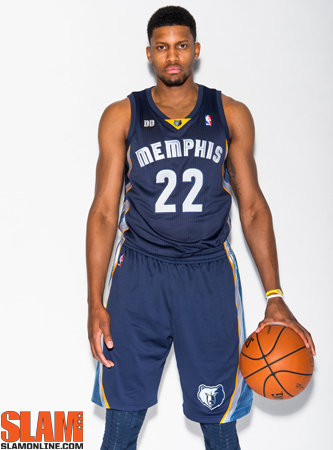 I was sad about the Grizzlies trading Rudy Gay for a number of reasons, and I promise the instant dating of SLAM 165 was only one of them. To me, the Grizzlies had built a nice thing, with a steady, rugged lineup that had been together for a few years and could compete for a title this season. I knew Rudy’s salary made him a long-term liability and that front-office changes in Memphis would mean a possible rehaul of their entire basketball staff, but I felt all of that could have waited for after the season. I think SLAMonline readers, who tend to be emotional like myself, for the most part agreed with my take.

Via Twitter, I got a different take from my man John Schuhmann of NBA.com. He loved the trade for the Grizz long-term and even saw it making sense in the short-term. It became clear we weren’t going to be able to state our positions 140 characters at a time so I asked John if I could call him on the phone and record the convo for SLAM Radio. He kindly obliged. Please click on the play button above to listen, and if you want more from John you should follow him on Twitter (@johnschuhmann) and check out his work on the NBA.com Hang Time Blog.