Every Sneaker In The NBA, Reloaded! 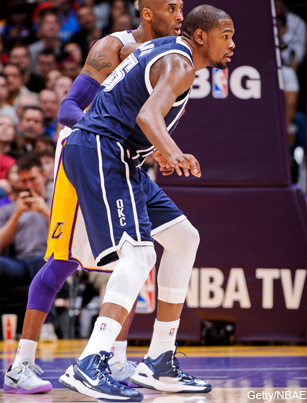 When I began the process of updating the SLAM Footwear Database, I knew right away I wanted to do something a little different this year. I wasn’t sure about specific changes, but it’s our third installment, and I knew this time I wanted to do a complete job, no matter what challenges came up. Not the usual 28-out-of-30 teams “complete”; not the “I’m having serious trouble getting in contact with the Houston Rockets, so I’ll get the info when they come to New York and then release the database in late March” complete; and not the “I know Player X wears Kobes/LeBrons/adiZeros, but I don’t know the specific model, so I’ll enter a generic Kobe/LeBron/adiZero model for Player X and proceed with my day” complete. I wanted to know what every player on every NBA team was wearing on their feet, and I wanted that information to be precise and readily accessible. No exceptions.

Now I wouldn’t say I half-assed the first two installments of our sneaker database, because it took a good amount of busy, tedious work to put everything together. But I knew that, in addition to up-to-date maintenance, this database had some serious room for exploration. As it was, you could look up what any NBA player was wearing on his feet, but there was still room to enhance and advance the database. I knew what we’ve accomplished thus far—although pretty dope; after all, we are the only outlet with straight-from-the-NBA information—was probably the floor of this thing’s potential, so I went back to the digital drawing board and along the way I realized what the database was lacking…

Numbers. As in, statistics.

Stats add life and give perspective to data, foster different thoughts and conclusions, and help you internalize information in a variety of ways. So for this year’s database, I put NBA sneakerdom under a microscope and went in, charting the sneaker habits and trends around the League—from League averages to the most popular brands/models to trends in players changing their sneaker allegiance to rookies and more. All of this can be found, in detail, in our Footwear Database Breakdown.

In case you’re unfamiliar with the SLAM Footwear Database, let me briefly explain: In short, we connected with all 30 NBA teams to obtain the sneaker brand, model and size for every player in the NBA, in turn creating the ultimate reference point for what players around the League are wearing on their feet. Every ounce of data was verified and came from team equipment managers, media relations personnel and in some cases, from the players themselves. The result: the most accurate, current, authentic NBA sneaker information on the Internet.

What started as somewhat of a “test run” two winters ago is now in its third season, fully current and ready to go. The database lives under the “Kicks” tab of the homepage, and will be consistently updated going forward—through the trade deadline, Playoffs, free agency and so on. If you’re a hoop fiend, sneaker aficionado or a casual fan of both, take a moment to peruse, because if you do you’ll soon realize this wasn’t just for kicks.

On my journey to obtain, compile and analyze all the info, I took notes on some important/random things. Here’s some of them.

Note: Be sure to check out our sneaker breakdown for a deeper look. This is just a general overview, at best.

• At size 20, JaVale McGee has the biggest foot in the NBA. At size 10.5, Nate Robinson has the smallest.

• The OKC Thunder have the biggest feet in the League. Conversely, the San Antonio Spurs have the smallest feet.

• Marcin Gortat’s Nike Hyperdunk Supremes (size 16) were once Grant Hill’s. When Hill left for the Clippers, he gave his game-worn sneakers to the Polish Hammer and, naturally, Gortat now wears them every game.

• The Nike Hyperdunk is the most popular sneaker in the NBA; 90 players, or roughly 21 percent of the NBA, wear them.

• The Nike Hyperfuse is the second most popular sneaker in the NBA; 46 players, or roughly 11 percent of the NBA, wear them.

• Darius Morris is the only Laker teammate to wear Kobes.

• None of LeBron’s teammates wear his signature sneakers.

• Not surprisingly, Nike is the most popular brand in the League; adidas, Jordan Brand, Peak and Under Armour round out the top-5.

• There are 19 sneaker brands currently worn in the NBA. Ten of those brands are represented by only one player.

• 36 players, or roughly 8.3 percent of the NBA, changed their sneaker brand from last season.

In terms of exploring further and extracting more numbers, if you have any ideas or suggestions please drop a comment below. Be sure to check back in the coming weeks for even more additions to the Footwear Database. 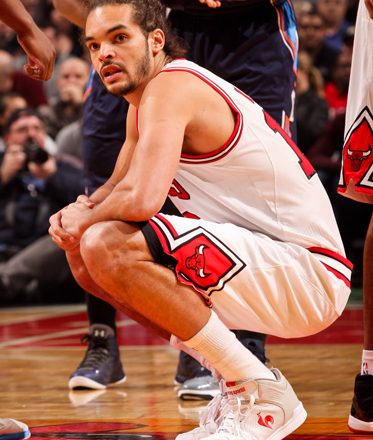 Sneaker Brands in the NBA (PHOTOS) 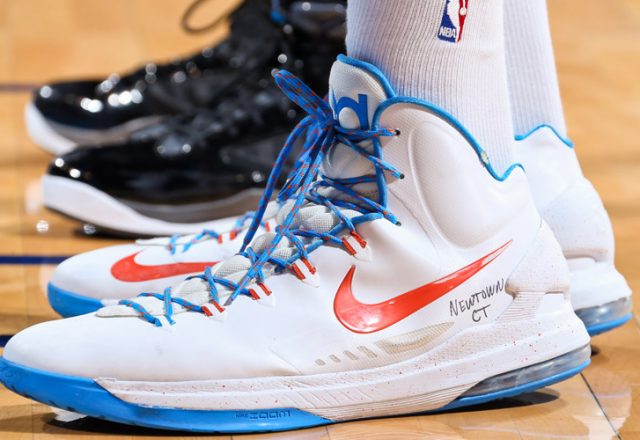 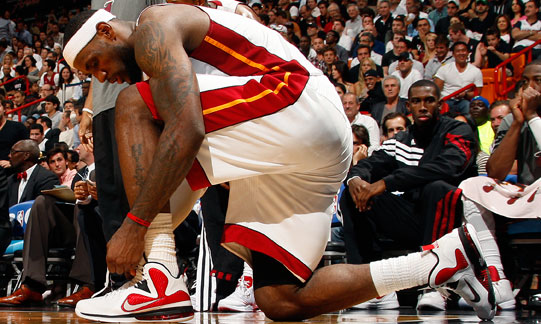