The young Wizard should lock up his first All-Star appearance in 2018. 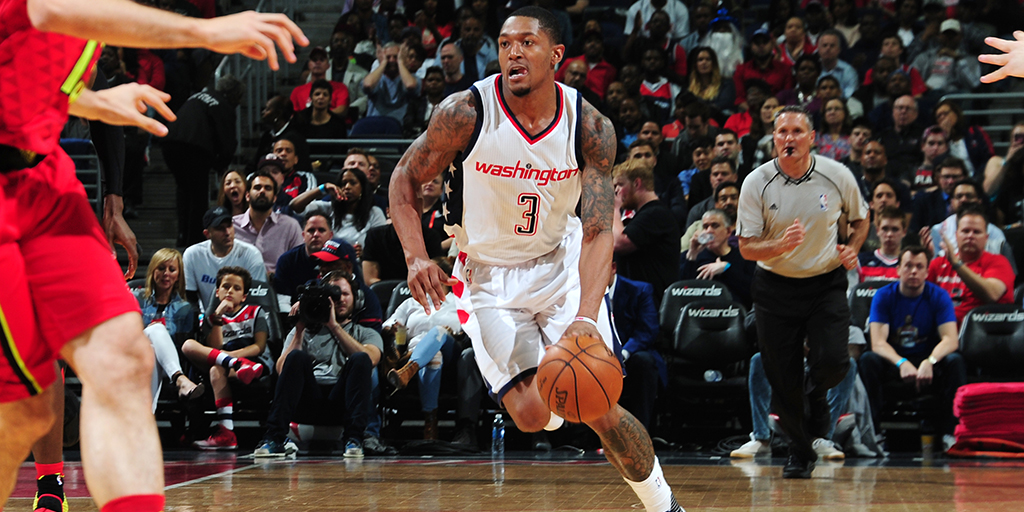 Wizards-Celtics, fourth quarter, Game 6, 2017 Conference Semifinals. Bradley Beal catches the ball on the left wing and takes three grown man dribbles toward the paint. Avery Bradley blankets Beal, so the 24-year-old Wizards guard starts his gather early and dips his left shoulder slightly to create separation. Kelly Olynyk steps up to help from the right, and Beal switches hands mid-air, finishing with the left over his manbunned opponent’s outstretched arm.

It was the best move, in the best quarter of Beal’s young career, in the most exciting DC sporting event of this 23-year-old writer’s lifetime. When people think back to that game, they’re first going to remember John Wall and his game-winning 3-pointer with three seconds left. But Beal won that game for Washington.

He dropped 13 of his 33 points in the fourth quarter. The then-23-year-old scored most of those points on Bradley, one of the game’s fiercest defenders when healthy.

The St. Louis native was in his bag, getting buckets in every possible way—stepback midrange Js, reverse lays, floaters and so on. The Ray Allen comparison is sorta played out, but on one rainy night in Chocolate City, you couldn’t tell me Beal didn’t look like a young Jesus Shuttlesworth circa early 2000s with the Bucks.

Beal would then explode for 38 points in a Game 7 loss, a bizarre game in which Olynyk dropped 26 to catapult the Celtics to a Conference Finals matchup with Cleveland.

He upped his free throw attempts from 3.2 per game to 4.4 per game, and his percentage increased from 77 percent to 83 percent. If Beal gets to the charity stripe even more frequently this year, and if he improves drastically on defense (though he’s already underrated), then you have to start talking about him like the DeMar DeRozans and Klay Thompsons of the League.

Most importantly, Beal stayed healthy last season. He played 77 games, the most action he’d seen since his sophomore campaign when he played 73.

For what it’s worth, Beal is a near-lock to make the All-Star team this season, assuming he avoids injury (extremely large knock on wood). He got snubbed last season, and 2017 Eastern Conference All-Stars Paul George, Jimmy Butler and Paul Millsap all landed out West this summer.

With the same core around him, including the best two-way point guard in the NBA, Beal has his sights set on another major uptick in production and his first All-Star appearance in 2017-18.