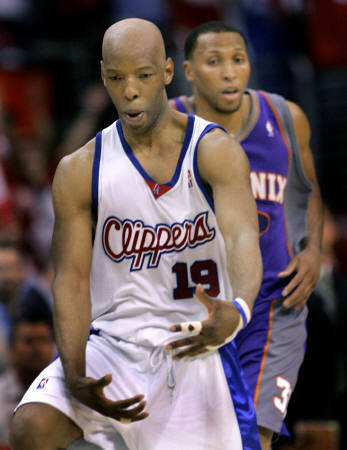 By Luther “Uncle Luke” Campbell, as told to Sam Rubenstein

Sam Cassell is probably the most underrated player in the history of the NBA. The guy only went to one all star game. That’s incredible. People don’t give the point guard enough respect in the NBA. You look at Sam, he takes the worst teams in the world and goes there and changes the s–t around. Not only with their play, but with their personality.

I talked to Sam, and he said to me “I like getting traded. I get a f–kin bonus everytime I get traded. The first thing I did when I went to L.A., I told the big man you gonna cuss me out, and I’m gonna cuss you out. If I do something wrong, you straighten me. If you do something wrong, I’m gonna straighten you. And everybody else gonna fall in line here.” That’s a point guard. You gotta have the repsect of your team. You gotta see if a guy got some heart, if they will follow him. Any team Sam was on, they would follow him. In the biggest brawl ever in Compton, LA, they’d be ready to kill everybody, That’s what kind of guy he is.