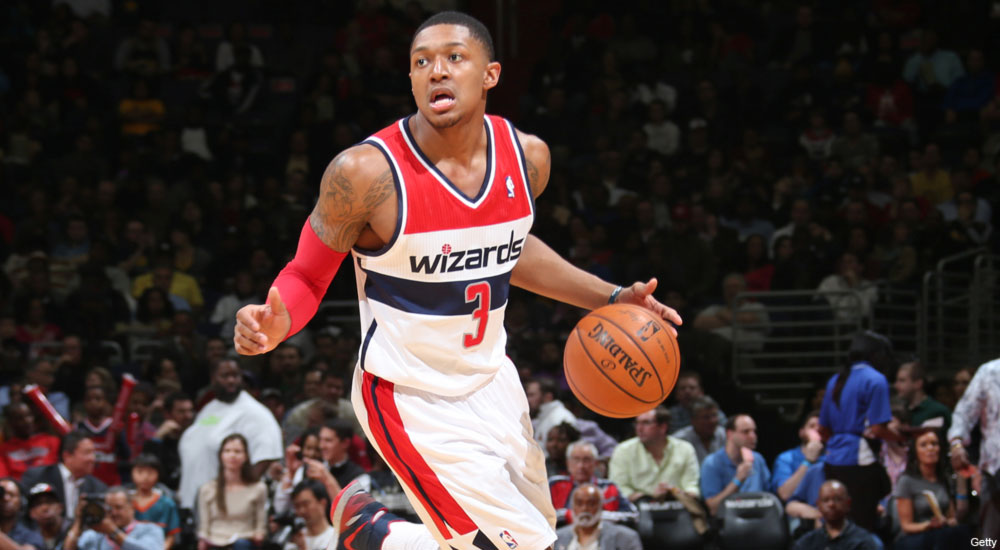 About a year ago, I had a long discussion with a prominent coach. We talked a little bit about this, and a lot of bit about basketball. One of the ideas was kept circling back to was greatness.

The coach, whose name you know but I won’t print here, was of the opinion that there are eight to 10 guys on each NBA team who are talented enough to average major math across the scoring/rebounding/assist board. But, he continued, of those guys, only a few have the opportunity and mental makeup to actually make those numbers come to fruition.

When it comes to Washington Wizards shooting guard Bradley Beal, there is no question that he possesses the talent necessary to be an All-Star in the NBA. After all, in his second season after being drafted third overall out of the University of Florida, Beal averaged 17.1 points, 3.7 rebounds and 3.3 assists per game. His jumper is cash, he’s getting better at dropping dimes—and he’s still just 21.

“I think he can be great,” John Wall, Beal’s fellow Wizard, told SLAM last season. “I think we’re both improving our games and I think we’ve got a chance to be one of the best backcourts in the League.”

It no surprise, then, that Beal has been given the opportunity to shine. As a rookie, he averaged 31.2 minutes per game. Last season, despite playing restricted minutes for a time while recovering from an injury, he averaged 34.7 mpg. More than just being on the floor, Beal is constantly involved in the action. On the occasions when Washington’s goal isn’t to spring him for a jumper, the play is to put the ball in Beal’s hands and let him run the offense.

It’s not only skills that allow the 6-4 football fanatic from St. Louis, MO, to excel, though. It’s not the minutes, either. The reason we have Brad Beal slated to be our 35th best player in the NBA this coming season—to be honest, I personally think he’ll be the 28th best player and voted an All-Star—is because of his mental makeup.

It’s obvious to most fans, but Beal is 21 going on 40—in the best way. You can pick that up on TV from his on-court savvy, in-game body language and team-first quotes. But his maturity is even more obvious when you meet him in person.

Over the course of Beal’s rookie season, I helped him write his diary for SLAM. What that meant, in essence, is that for the better part of a year we talked on the phone every few weeks. During that span of time, I came to realize that Beal was mature for a teenager, let alone one with the responsibilities (and temptations) of an NBA player. After all, whether he was coming off of a loss or win, Beal would always call me at the exact time we had arranged days before. More than that, no matter what topic we discussed, the soft-spoken Beal would have an informed opinion about the matter. Most importantly for this discussion, whenever we talked about basketball, Beal’s zeal for the game shone through.

I’m not the only one who thinks Beal, in his own understated way, has a special personality.

“On top of it is the person. That’s really the thing that sold me,” Wittman told the media days after Washington drafted Beal. “At the end it was, ‘Boy if we get lucky enough to get a kid like this.’ Not only can he play, but he’s a good, quality person.”

Two years ago, Beal was a “good, quality person.” Now, in part because of those traits and an unquestionable work ethic, he’s on the verge of being great.