Coming off the best season of his career, Dame is ready to up the ante once again. 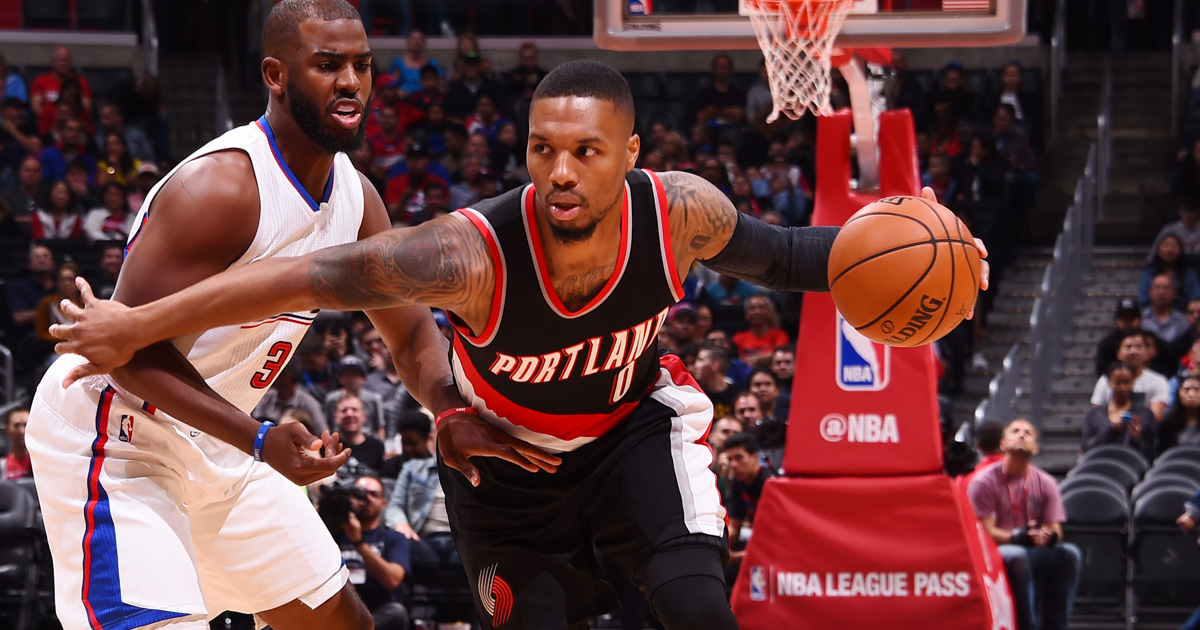 Damian Lamonte Ollie Lillard is not feeling the wave.

In this age of superteams, the stubbornly prideful point guard wants to win by building things from the ground up.

Lillard is the Edward Norton of NBA stars, a brilliant and steady performer who’s content even if he never headlines some monstrosity of a franchise (The Incredible Hulk never happened, friends.)

The 26-year-old, two-time All-Star is coming off his fourth and best season: 25.1 points and 6.8 assists in 75 games, while leading the Portland Trail Blazers to a surprising 44-38 record and the 5th seed in the brutal Western Conference.

A compact, lightning-quick and tenacious competitor, Lillard is virtually unguardable, and can get to any spot on the floor he so desires. Defenses have to fear both his ability to get to the cup and rain in feathery jumpers. And he’s at his most terrifying with the game on the line.

The 2013 Rookie of the Year lists off championships, the League MVP award, First Team All-NBA honors and starting in the All-Star Game as accolades he’s chasing.

Critics will point to an unsightly 41.9 percent clip from the field, and indifferent defense, and they are correct to do so. Lillard, though, says he’s aware of his shortcomings and working diligently to turn them into strengths.

“Like I said, over time, you get better at stuff,” Lillard said. “So defensively, I’ve figured out an angle where I can get hit less. Getting hit less, I’m less tired, my body’s taking less banging. So hopefully I’ll be better in that area and that will give me more energy from not getting hit on a bunch of screens and getting stuck. And I’ll have more energy to push the ball back the other way. And more energy to finish defensive possessions.”

Ultimately, Dame will be judged by wins and losses.

Can he and fellow stud CJ McCollum get Portland past the second round of the Playoffs? The rest of the squad doesn’t exactly inspire confidence, but these two proved last season that sleeping on them may prove to be a fatal mistake.

Dame may not have the mind-bending athleticism and explosiveness of a Russell Westbrook, or the magnetism and magical stroke Stephen Curry was blessed with, but he’s plenty great in his own right.

He plans to continue bringing the fight to everyone.

And he’ll do it in his own inimitable way.