DeRozan keeps climbing up the ranks. 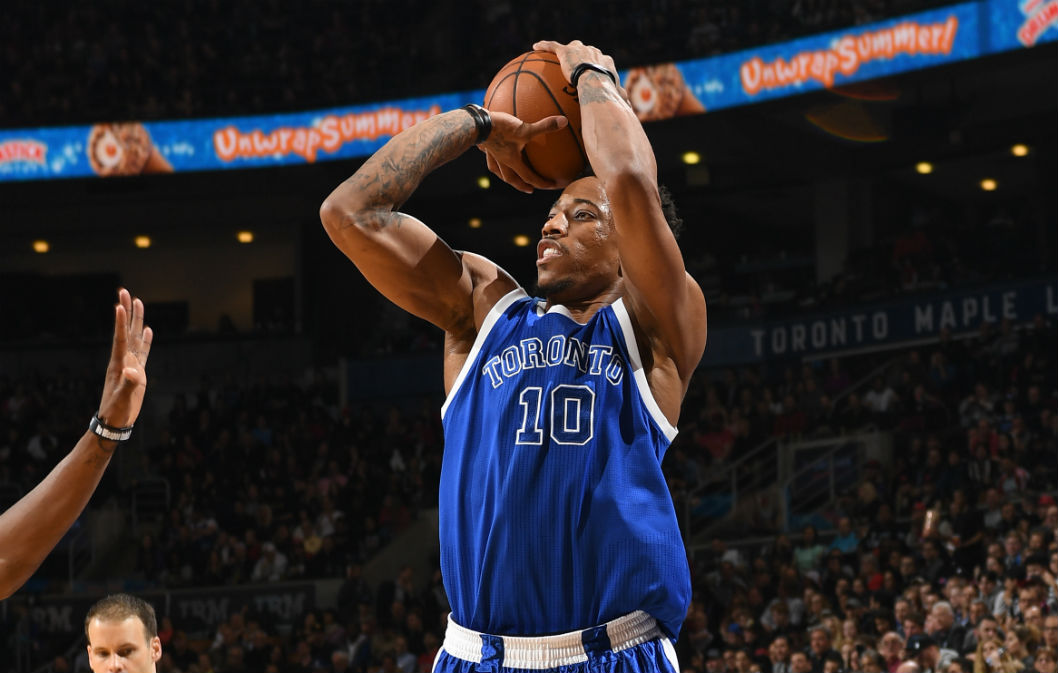 What’s good, Double D? This is the fourth consecutive year I have the pleasure of writing up your ranking on the SLAM Top 50, and I believe a small congratulatory remark is in order. You’ve moved up three spots from last year, resulting in your highest ranking on our countdown yet—congrats!

While moving up three spots isn’t nearly as big of a jump as his previous year’s uptick of 22, it’s definitely not a bad thing.

If DeRozan tips off the new season the way he did last year, we all best be ready for some ball. The Raptors’ guard logged nine 30-plus point performances in the first 11 games of the 2016-17 season. Before the end of the calendar year, he became Toronto’s all-time leading scorer. Fans and opposing teams alike witnessed DeRozan’s pure scoring ability as 2016 came to a close.

Early 2017 continued the trend. The new year saw improved career highs for DeRozan in both points, with 43 against the Celtics on Feb. 24, as well as rebounds with 13 also against the Celtics on Jan. 10. He earned his third NBA All-Star selection in four years. With career best averages of 27.3 points per game—good for fifth in the League—and 5.2 rebounds, he definitely showed he possessed the necessary skills to put up consistent numbers and claim wins for The North during the regular season. For the first time in his career, he was named to the All-NBA Third Team.

The Compton native attracts the eyes of fans and players alike, mesmerizing onlookers with his fancy footwork. Even Kevin Durant says DeRozan’s moves are worth studying. He draws fouls and uses his length to effortlessly shoot over defenders both with his pull-up and step-back game. He loves his mid-range territory, and rightfully so—his efficacy with that shot is undeniable.

Heading into this season, we can definitely expect more points from his sweet spot, more of his gravity-defying dunks, and more of his expert footwork on the court. But of course, there is always room for growth and we hope to see some of that from the All-Star in the 6ix. The Raptors certainly need it from Deebo come playoff time if they want to travel deep into the postseason.

Improvements specifically in DeRozan’s perimeter game, passing, and presence on the defensive end this upcoming year will be the game changer in his play. With these additions to DeRozan’s already impressive skill set, we can’t imagine Toronto falling prey to another clean sweep in the playoffs.

And it seems like he started working on his 3-point range this offseason:

So Double D, we’ve got our seat belts on. We’re ready for the fun ride we’re hoping for at the start of the new season. Congrats again on all your accomplishments so far, but this year, we are itching for a little bit more.

And we’re certain you are too.