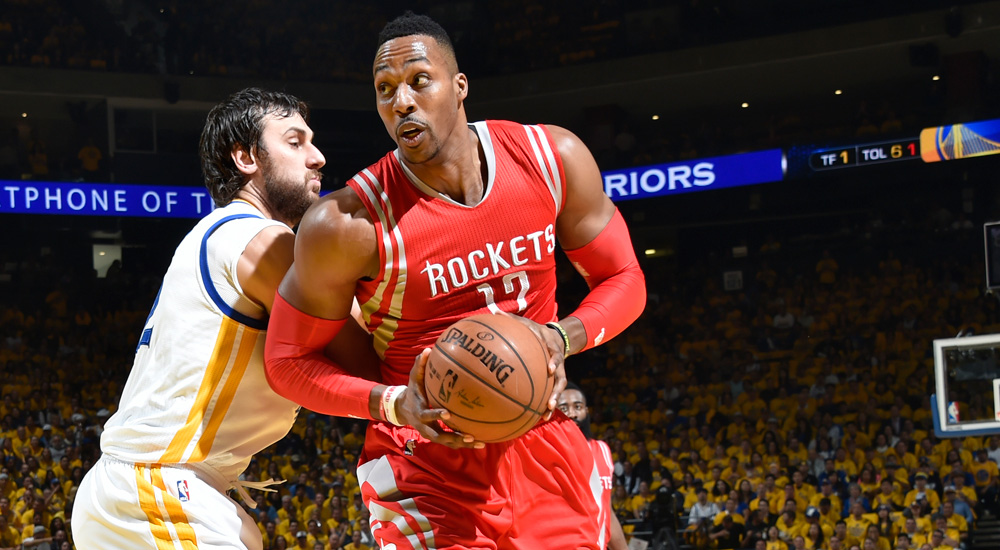 Those spots aired five years ago at the height of Howard’s popularity, his statistical peak—from a scoring standpoint—and his unofficial ownership of the title of the League’s most dominant big man. His personality made him easy to love and his combination of strength, agility and athleticism made it hell for any center to match up with him.

Just like the theme of those commercials, a lot has changed rather quickly for Howard since then. He’s changed teams (twice), injuries to his back, labrum and knee over the past four seasons that have limited the overall explosiveness. Not even his partnership with adidas remains after he signed with China-based PEAK this summer.

After only missing a total of seven regular-season games in his first seven seasons, in the four seasons since his departure from Orlando, Howard has missed a total of 70, including 41 last season with a right knee injury.

These injuries, along with James Harden’s MVP-level emergence have caused Howard’s role in Houston’s offense to be reduced and his efforts focused more heavily on freeing teammates up on screens, cleaning up the boards and being an enforcer on the defensive end, where he is still one of the best in the business. If fully healthy, he’s always a candidate for his fourth-career Defensive Player of the Year award.

Make no mistake; this is no epitaph. You won’t see any opponent clamoring on how Howard has lost a step, as it’s a workout in itself having to try and keep him from powering his way to where he wants to go.

If he chooses to opt-out next summer and test the free-agent waters, there will be a handful of teams ready to offer the max, as he’s still at an elite level big man that commands double-teams and full attention at all times.

While Harden took the reigns of the team in Howard’s absence last season and more importantly, kept the Rockets in the top half of a stacked Western Conference, Howard had to humble himself immeasurably.

As hard as it was not to be on the floor for a player who has played through several ailments that would sideline many for weeks; it had to be even more difficult to watch a team he made the choice to join, in hopes of winning a title, succeeding with him in a suit.

As great as Harden is, the Rockets won’t go far without a healthy Howard commandeering the paint. That same sentiment is true if Howard isn’t forced to sit out those two months of last season, and having to come to grips with the reality of accepting deferring on offense and fully embracing a role he publicly resented and questioned during his only season in Los Angeles.

In any team sport, to collectively win, individuals must often sacrifice in some capacity to succeed. In sacrificing trying to shoulder the load, things should be a lot easier for Howard and the Rockets should only improve on last season’s Western Conference finals berth.