Wade returns to his hometown of Chicago to revitalize a franchise and a city. 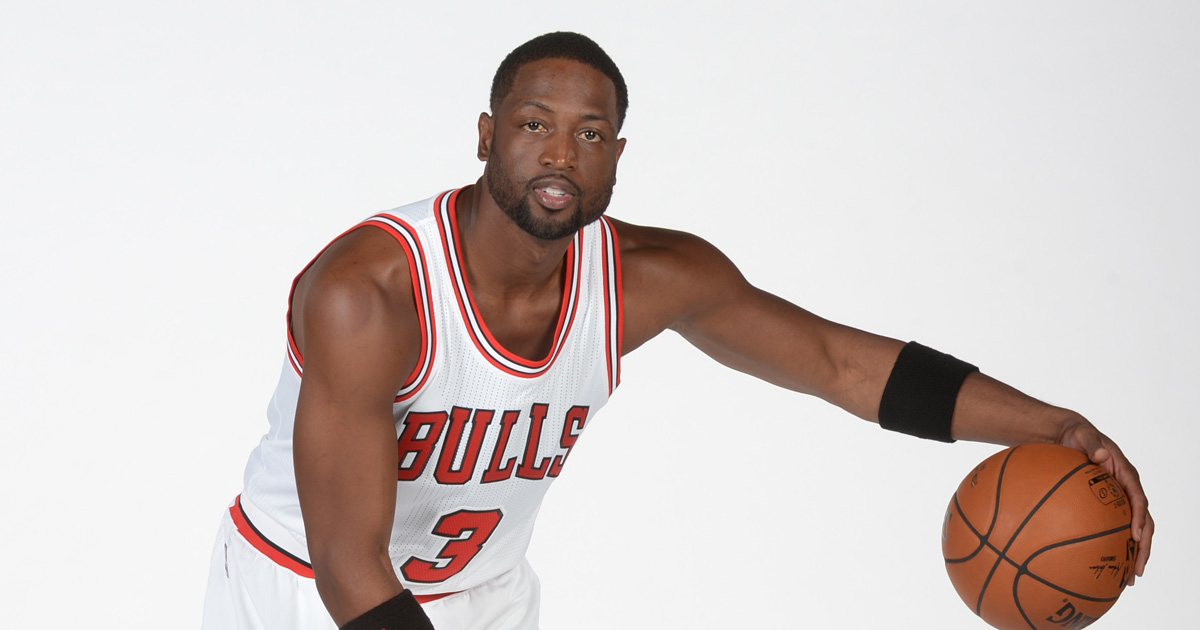 When the Chicago Bulls tip-off the 2016-17 season and host the Boston Celtics on October 27 on TNT, PA announcer Tommy Edwards might say something like this, “At guard, 6-4, from Chicago, No. 3… Dwyane Wade.”

Those exact words (or something similar) will sound weird to basketball fans across the nation and will take some time to grow on them. As shocking as this off-season’s free-agent frenzy was—Kevin Durant to the Warriors, Dwight Howard to the Hawks, Derrick Rose to the Knicks, etc.—nothing was more shocking than seeing Wade being introduced as a member of the Chicago Bulls this past summer.

When the Heat—eh, more like Pat Riley—wouldn’t up the two-year, $40 million offer, the 13-year vet signed a two-year, $47.5 million deal with the Bulls.

And while behind closed doors there may still be bad blood between Wade and Riley (and an email that has yet to be sent), Wade penned a note to Miami-Wade County as his final goodbye.

Two days into training camp, Wade posted a picture with new teammates, Rajon Rondo and Jimmy Butler, with this caption: “When you can police each other…you got something. Leaders!!!”

For a Bulls team that was in the media for all the wrong reasons last season and didn’t make the Playoffs, policing is good especially when two of the three officers have experience with success in the L.

While hoop heads try to make a case on what type of player/leader Rondo will be in the Windy City after his short stints with Dallas and Sacramento, one thing’s for certain with Wade: He’ll bring his veteran leadership with this new squad and guys are going to listen.

At 34, Wade still has some game left in the tank. He showed glimpses of 2005-06 Flash with back-to-back 30-plus-point performances last season in the Playoffs. The Heat were also one game away from facing the Cavs in the Eastern Conference finals.

Over 82 games, the Three Alphas will clash. They’ll get praised when things are going in their favor and criticized quickly when they hit a rough patch.

So here are some predictions for this upcoming season: I obviously see them eventually clicking, making the Playoffs and hopefully we can get a Bulls-Cavs series. I also see a slight increase from Wade’s last season’s averages—19 ppg, 4.5 apg and 4.1 rpg—to somewhere in the 24, 6 and 6 range. More opportunities from the perimeter will open up especially with dribble-drives from Butler and Rondo. Although his three-point shooting is suspect (last season’s 15.9 percent was the lowest of his career), he’s been encouraged by Fred Hoiberg to shoot it more from the behind the arc.

But as Wade starts this new chapter of his career in his hometown, he plans to make contributions off the hardwood, too.

In late August, Wade’s cousin, Nykea Aldridge, 32, was killed in a shooting in the Chicago’s South Side while pushing her newborn baby in a stroller. Wade, who’s been one of an array of professional athletes that use their platform as activists, is pushing to do anything and everything in his will to put a stop to senseless gun violence happening all across the US.