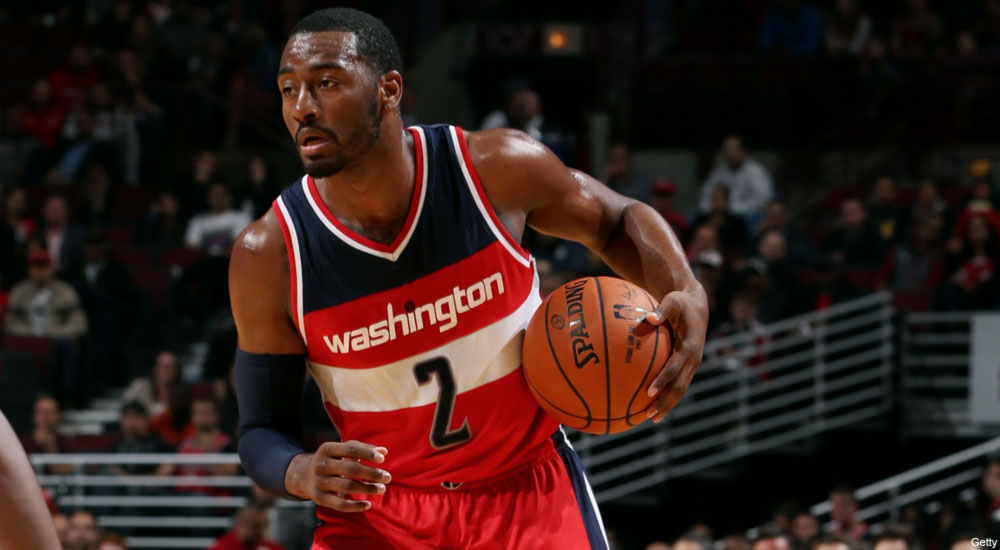 It’s difficult to remember that it was just one short year ago when one of the big questions heading into the 2013-14 season was whether John Wall was really worth his recently signed max contract.

Then, the debate was understandable. Wall’s NBA legacy after three injury-marred seasons could have been written on an index card. No one doubted his promise, but skeptics fretted over the thought of building a team around Wall’s unproven, breakneck, often out of control athleticism. Wall had unmodulated train wreck speed, no three-point shot, and a legacy of NBA disappointment for the 2010 number one draft pick. A max deal, many argued, seemed like an unnecessary risk. Now that debate seems about as ludicrous as the Washington football team’s Super Bowl chances.

John Wall has officially brought something to Washington, DC, that has gone unseen for years in this town’s twin obsessions of hoops and politics: hope. After a season that saw the Wiz finish ahead of overhyped Knicks and Nets teams, smack down an exhausted Bulls squad in the first round of the Playoffs and then scare a Pacers team that had visions of the NBA Finals dancing in its head, the John Wall Wizards have officially arrived as Eastern Conference contenders.

Stats don’t do John Wall justice. Yes he put up All-Star numbers, garnering career-highs on points and dimes while playing in all 82 games. Yes, he had more total assists than anyone in the NBA. Yes, he finally showed that he could shoot, putting up just under four three-pointers a game and hitting 35 percent from deep. (This is a player who in his second year, shot 7 percent from three, going 3-42 for the season. Yes, you read correctly.)

But the John Wall story is more than just statistics, especially in hoops-starved Washington. In Wall, we have someone with the capacity to physically dominate the court. He is on the short list of players you really need to see in person to truly appreciate. Wall is a legit 6-4, with the kind of blazing fast ball speed that approximates a blur. Coupled with his size and his newfound ability to—finally—be under control with his dribble, opposing players just look resigned to failure when trying to slow him down on the break. Imagine if Iverson was also a slam dunk champion who had the best chase-down block abilities of anyone not named LeBron and you get an idea of what exactly John Wall brings to the table.

People have to understand that Washington, DC, has not had a player who could dominate on the basis of otherworldly physicality since…Elvin Hayes? We had Moses after his prime. Bernard King after his prime. And, of course, MJ when he was Floor Jordan. Other than a three-year stretch of Agent Zero hitting 28-footers, we haven’t had a anyone with star power, and Gilbert at his apex was never the physical marvel that was John Wall.

Now that Wall is having success with quality components such as backcourt mate Bradley Beal and legit bigs like Nene and Marcin Gortat—who know how to actually play in the post—one also can’t help but re-assess his so-called disappointing first two seasons in the League. Did he really average 16 points and 8 dimes as a 20-year-old passing the ball to JaVale McGee and Andray Blatche? Why yes he did.

The only knock on him was that true shooting percentage that would shame Brad Lohaus. Now, even with an average at best three, I would take John Wall ahead of Kyrie Irving, ahead of Dame Lillard, ahead of a rehabbing Derrick Rose, ahead of any PG in the game not named Chris Paul or Tony Parker.

This season one could make a very compelling case that LeBron’s New Age Cavaliers are the only thing standing in between the Wizards and the NBA Finals. When we factor in the ways in which James, Love and Kyrie might need time to gel and whether David Blatt is the coach to make it all work, the Wizards could have a one-year-window, armed with new additions Paul Pierce and Kris Humphries, to actually make the NBA Finals.

If they do—and I am going on record saying that they will—then we will declare John Wall was a major reason why, and his place on this list come 2015, will be one hell of a lot higher. In a city of lies, John Wall—with apologies to Paul Pierce—is the truth.