Last season's MVP runner-up says he's about to unveil new facets of his game. Is the League ready? 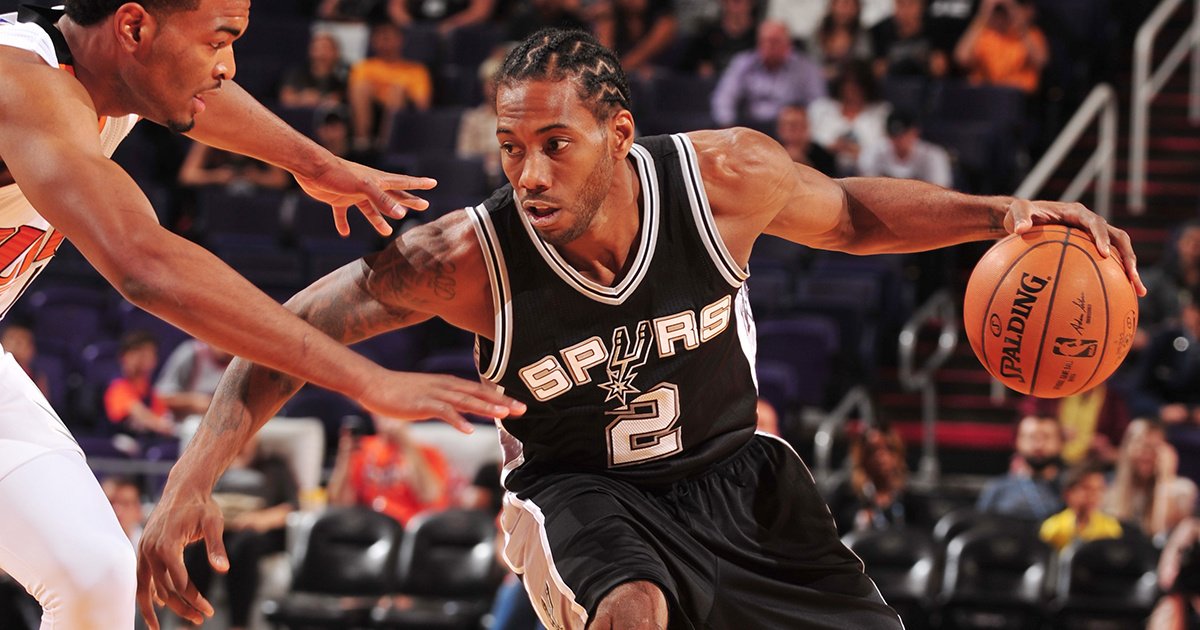 Kawhi Leonard shouldn’t have ever risen to the fifth best basketball player in the world. His jumpshot was broken, he was too quiet, he was the 15th pick in the 2011 Draft, thought to be the losing end of the George Hill trade. Put all those together and this should be a piece about how the Spurs are still paying for that trade.

But he hit the lab harder than anyone expected. His jumpshot is now a thing of beauty. Either off-the-dribble jimmies from midrange or catch-and-shoot threes are money when they come off his hand. He shot 44 percent from distance last year on the way to graduating to the 20+ ppg club.

And he’s still quiet. He doesn’t bang on his chest, yell at refs or teammates. He lets his game do the talking. These days, though, his game isn’t really talking— it’s singing.

Entering his sixth season, Leonard can point to a Finals MVP award, two Defensive Player of the Year trophies and a second-place finish in last season’s MVP voting. That’d be just about barbershop debate ammo for anyone’s career. But this man is only 25 years old. He hasn’t even reached his prime.

Going into this season, Leonard will be the Spurs’ bonafide number one option on both sides of the ball. They’re going to need 25 efficient points a night from him, while he locks up everyone from LeBron James to Stephen Curry.

Even during last season, the Spurs underestimated Leonard’s true value. The team shifted their attention to new signee LaMarcus Aldridge until they got 100 percent destroyed by the Warriors in January. The game confirmed what no one in San Antonio had the courage to say: Leonard, not Aldridge, has to be the future of the franchise.

At his age, with his skill set, the only way the Spurs continue to win titles, is with No. 2 as the number one. He does everything on the court. He scores from the post, at the rim and from distance. He even runs pick-and-rolls now.

His mix of athleticism and competitiveness has created a beast of an NBA player. His game is old school and his no-new-friends attitude is, too. One old school legend let the world know that he noticed Leonard’s maturation.

“A lot of people compare Kawhi to me & it makes sense,” Pip wrote in a Tweet. “He’s always been elite on D & now he’s killing it offensively. Dominant all-around.”

And even though Leonard isn’t out there to get praise from LeBron James, that hasn’t stopped the King from sharing his feelings about the Claw.

“He’s solid, solid at that end of the floor,” James said a few months ago. “He’s very, very solid. I like him. I like the kid.”

And there’s still more to come. When Kawhi graced SLAM 197, he told us he’s not done yet.

“With the Spurs those first three years or so, I was very limited with what I could do on the floor. I wasn’t able to showcase my talent.

“I still think there’s a lot that you haven’t yet seen that I can do.”