KD is solely focused on winning a title at this point in his career, and if that means taking a back seat some nights, he gladly will. 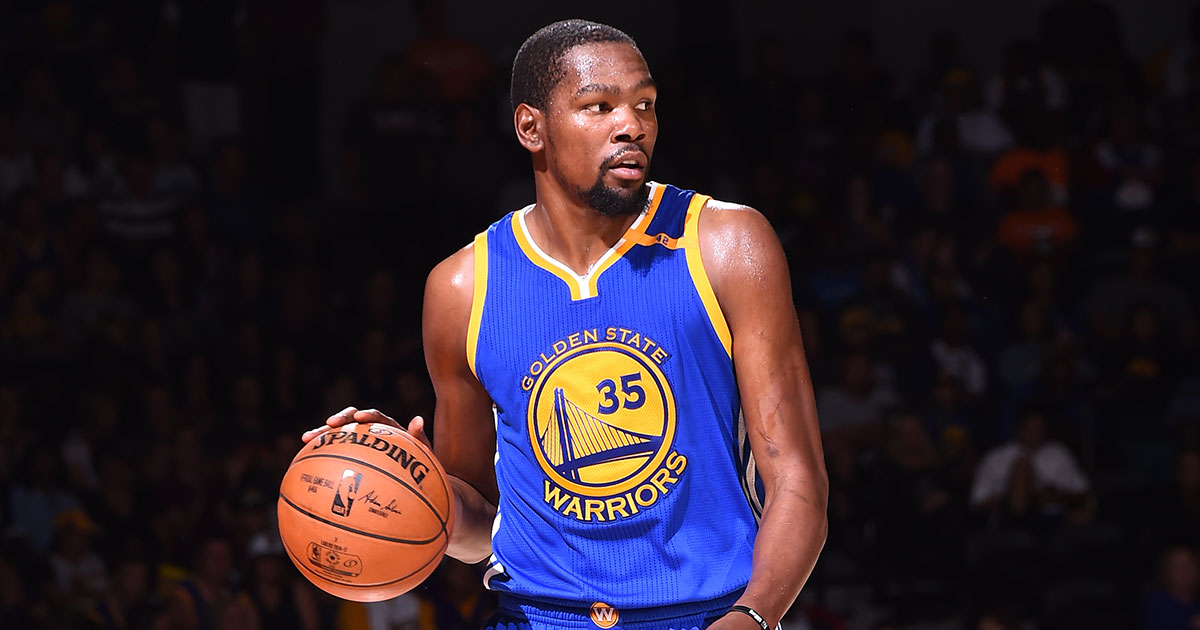 Not since 2011, that first year when LeBron James took his talents to South Beach, has the NBA had a consensus villain. Well we do now.

Unfathomably, that villain is a player who disavowed the nickname The Slim Reaper because he thought it was too edgy and said he would rather be known as The Servant. Of course I’m talking about KDTrey himself, Kevin Durant.

Kevin Durant has never worn the villain mask comfortably. In his recent outbursts against the media in Oklahoma City, he couldn’t even help himself from grinning like someone psyched about their Halloween custom. No LeBron scowl. No Isiah Thomas smile with fangs just barely visible.

Kevin Durant will not have a choice other than to affix the villain mask to his face for seven months. That burden is all that stands between Golden State Warriors and historic greatness.

Yes, Durant is on a team with the unanimous MVP, whose effortless awesomeness was starting to generate a legion of haters and the “kiwi crusher” Draymond Green. But the focus and the boos will be reserved for KD, and not only because he chose to leave Oklahoma City for a team that was already 73-9 and came within a play of being back-to-back champs.

I know that he will be the villain, the face of this franchise, because of some wisdom once bestowed upon me by Greg Anthony. I was talking to the former Knicks guard in the summer of 2011, asking him about the common theory that the Miami Heat “super team” would be a bust because they had “two alphas who would demand the ball,” in LeBron and D-Wade.

Anthony shook his head and said, “When you play, when you are actually on the court, that’s not how this game works. The ball is like a magnet and it will be attracted to the person who will do the most with it in their hands. LeBron will lead this team on the court, no matter how established Wade is in Miami and no matter what they say to the press. The ball will decide whose team it will be.”

Two MVPs, two finals MVPs, and four trips to the Finals later, Anthony was of course proven correct. It will be the same thing in Golden State. As great as the Splash Brothers are and as much as Draymond stuffs the stat sheet, few people in NBA history do more with the ball in his hands as Durant.

It was overshadowed by Steph’s historic shooting and LeBron’s postseason masterpiece, but his stat line last year of 28.2 ppg, 8.2 rpg and 5.0 apg has been matched historically only by people known by one name: Oscar, Bird, Havlicek, Elgin and Wilt. That’s it. Not Michael, not LeBron.

Like with the Heatles, it may take several weeks for Durant to settle in, but eventually he will be the magnet: The best player on the League’s best team.

The only thing stopping him is whether he can walk comfortably in a villain’s clothes for seven months. If Durant finds it within himself to feed off of the hatred of opposing fans, then the 2016-17 season is already over.