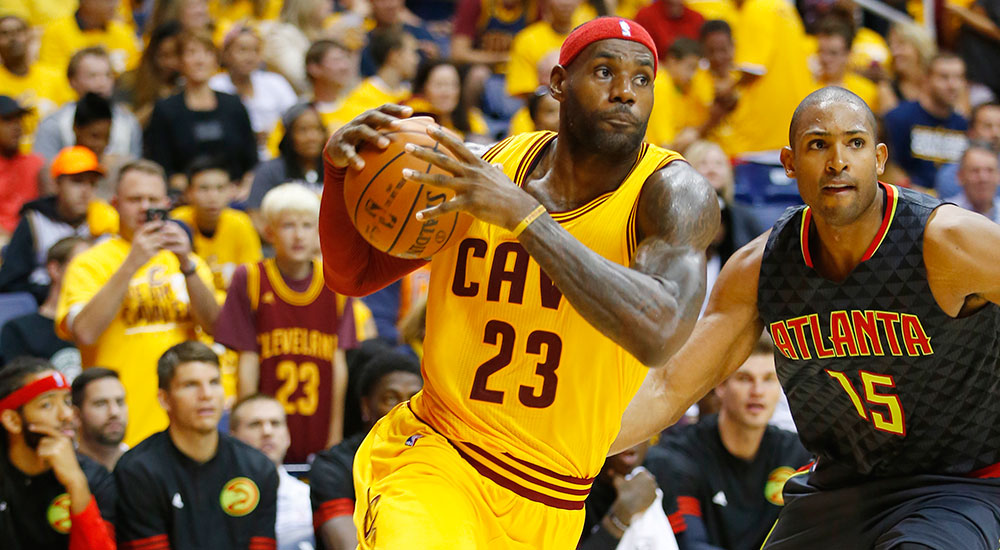 More than a decade ago, I wrote an entire column about two short quotes credited to LeBron James. It was obvious that this teenager with a headband was going to have immense cultural capital. All of us ink-stained wretches kept a close watch on his interviews, thinking that his words perhaps would give a clue to how he would wield this newly found power.

The first quote I tagged from young Mr. James was that he wanted “to be a global icon like Muhammad Ali.” The second was that he dreamed of being “the richest athlete in the history of the world.”

I thought about this and wrote critically that while those were two great goals, they did not necessarily go great together. They were contradictory, I believed, because Ali was a global icon precisely because of what he sacrificed, not for what he earned.

I thought my thesis was a slam-dunk, an easy bucket. If the sports world had proven anything, I wrote, it was that you couldn’t be Ali AND Jordan. You had to choose one path or the other. Man or Brand.

In retrospect, I still don’t think this is wrong, but I also wasn’t right. I did not foresee that The King would have the power to shape the world and make his own rules. That’s why he is the only person on the SLAM Top 50 list who demands an assessment beyond the court: because hoops has just been a means to one of the most unique careers in the history of sports.

LeBron probably won’t end up the wealthiest athlete who ever lived and he will almost certainly never experience the level of sacrifice and pain Ali endured, but he is the only athlete who not only belongs on the Ali list and the Jordan list, but has created a new list all his own.

On the Jordan front, LeBron has the sneakers, the friendships with Warren Buffet and is effectively a Fortune 500 company with legs. When you fly into Cleveland’s airport, it is immediately apparent that you have entered a LeBron-based economy.

His face is everywhere. His gear is everywhere. He is one with his city like no athlete in the United States. He also wields a power worthy of such omnipresence. If Bill Russell was the first player/coach when LeBron is our first player/CEO. Decisions from his Comic Sans owner and his at times comically inept coach get cleared at his desk.

And then in the tradition of Muhammad Ali, LeBron has also used this hyper exalted platform to be a thoughtful and outspoken critic of police violence and has lent his support of the Black Lives Matter movement.

This started before the movement had a name, when LeBron and Dwyane Wade organized the Miami Heat to wear hoodies for Trayvon Martin and in protest of the state’s lack of desire to arrest Trayvon’s killer (no, I don’t write that disgusting person’s name).

LeBron’s support of Black Lives Matter has a powerful ripple effect: It brings the struggle to masses of people. It encourages those in the streets. And perhaps most importantly of all, it immediately provides political cover to any player who wants to use their NBA platform to speak out for this cause. If you don’t punish LeBron, then you cannot go after Jarrett Jack.

He has also recently had words about being fed up with gun violence, the alleged third rail of US politics, and has given massive sums of money to his hometown of Akron to make sure that the next generation has places to play.

I don’t think anybody outside of LeBron saw that he would be able to chart this kind of path. Hell, I think in many respects he didn’t know. James is a master of improvisation, analyzing the present with the same otherworldly situational awareness he brings to the court.

His instincts to speak out about Trayvon, Donald Sterling, and the death of Eric Garner at the hands of the Staten Island police, are as sharp as his call to David Blatt that with the game on the line, they should just give him the damn ball.

If there is one moment that defines the man LeBron has become it was before Game 3 of the 2015 NBA Finals, when the King took a moment to be humble. With the world watching, James lowered his head and bowed before the only Cleveland sports figure who has ever held a similar stature, 79-year-old NFL Hall of Famer Jim Brown.

Jim Brown told me after the fact that he had no idea LeBron even knew he was in the building. That’s the improvisational genius on display. That’s LeBron James. And that’s why until further notice, he owns this spot at the top of the list.