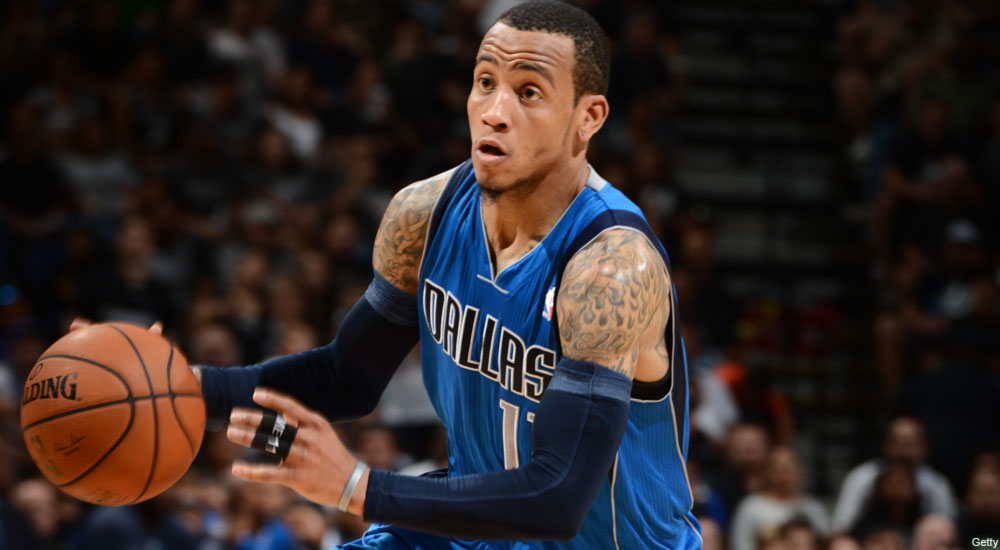 It happened near the end of Iverson’s Sixers’ days. The Zeke era at the Garden—Marbury and Stevie Francis as the new Frazier and Monroe—made sure the death knoll rang a bit louder. After years of public celebration and ownership of the vogue, the hybrid guard—6-4 and under, high usage rate aka ball dominant, high volume shooter, score first, gravitational center of the team—was determined to be a false messiah. Pronounced bankrupt in ideology and in praxis, the pendulum would swing hard.

The campaign directed against this breed of guard was two-pronged. The first stratagem portends to operate on purely basketballian registers. Presented as empirical, non-philosophical, non-political, purely analytical, on grounds legitimated by tidy formulae self-represented as neutral and scientific and credentialed by the Ivy League economistic truth-tellers (GMs, writers, data folks), it was asserted that the Iversonian paradigm (simplified as little guard dribbling and shooting a lot) was anathema to winning, an unsound foundation that corrupts the larger tactical architecture of the team and prefigures an ultimate downfall. Give the keys to the undersized scoring guard and you’ll be trapped in the purgatory of 6-seeds and first-round exits (with AI’s lonesome run to the Championship the exception that proves the rule), low-quality shots and inefficient offense (distance two-pointers shot off the bounce).

This type of guard, then, (though creating a model based on Iverson’s exceptional case is an exercise in stupidity—he is among the most unique in NBA history) became a symbol of misplaced hope and naivety. Single variable determinism, bullshit reductionist logic. It should be noted that despite his physical and stylistic proximity to the aforementioned descriptives, Derrick Rose’s concomitant resemblance of a classic Point is enough that he is rarely subjected to the same pejorative broadsides as AI/Marbury’s ilk (could be because of his more conciliatory personality, his defensive commitment with Thibs, his better handle on athlete-speak, or the unassailable nature of the Bulls’ winning percentage).

The second prong of the attack on the score-first little guard was launched along normative and ethical dimensions. The vocabulary called upon in these efforts should strike as familiar: These players were selfish, me-first, undisciplined, arrogant, immature, unevolved, premodern. Such qualities precluded the proper functioning of team, impossibilized it takes five. Pounding the rock and soloing, they were accused of ruining any chance at harmony. They would be blamed, then, for a wide-range of sins—the disastrous 2004 Olympic performance, for iso-ball, the death of the game’s collective spirit, the post-Jordan ratings slump (pre-LBJ savior, of course). At least in Iverson’s case, these polemics were extended to charges of thuggery and cultural criminality, as well. They were what’s wrong with the game.

This is all part of Monta’s story in many ways, though it may not be immediately obvious. He snuck by without too much criticism his first few years in the League—the novelty of the Oracle and Warriors’ anti-establishment act facilitated an orientalist, slightly patronizing treatment of the team. They were exotic, a fun, silly freak show of sorts that was made into a recreational sidepiece somehow unserious by virtue of that exoticism (both as a contender and as basketball ideology). They were therefore a team that could be enjoyed as a guilty pleasure without the censure typical to most teams.

Despite this brief period of amnesty, however, as mentioned, Ellis had nonetheless come into the League as the political climate began its shift against the Iversonian prototype to which he would be assigned (fairly or unfairly). And as the bliss of those of Boom-Jax-Monta moments lost their eccentric devotion, the guard came in for a beating because of his resemblance to the now discredited Bubba Chuck. The low-shooting percentage, the one-on-one play, the losses and the moped accident were conflated as one damning truth (with the low shooting percentage somehow indicating the same character flaw revealed by the off-season injury. Stay classy, sports media.), a process of essentialization that came to define Ellis as player (and man, to a degree).

By the time we reached his years in the wilderness (Milwaukee), with unanimity the chorus sang of Ellis as some kind of anachronism, a player who missed the boat of modernization (efficiency and three-point shooting percentage, a guy foolishly persisting on with a mid-range game). He was a man of a bygone, misguided era. All Ellis could do on the court—his ability to create shots off the dribble as well as the necessity of creating shots off the dribble for any team to have success—was discarded in the perverse utopias being imagined, a utopia of squads constructed solely by Shane Battiers shooting corner threes.

This was the story until last year in Dallas, and this is what made last season so fucking refreshing. Ellis invalidated all the prejudice directed at his game (and his prototype) and deconstructed the binary that you are either Marbury or CP3, Iverson or Tony Parker, Francis or Stephen Curry, Ricky Davis or Shane Battier. He retained and continued in expressing his creative, flowing impulses like those three guards so besmirched (Marbury, AI and Francis) while doing so with efficacy and austerity. He melded the inventiveness and improvisational instinct that has always characterized his game with ruthless precision in operating the pick and roll. He exploited and punished defenses with long forgotten and hipster analytics-discredited 15-20-foot jumpers while continuing to get to the line at a great clip for a guard (5.2 FTA per game).

He gave Dallas an unpredictability and dynamism that has been missing for years while simultaneously moving in concert with the team ethos of efficiency, team-play and metrics-make-best (FG% up to .451, true shooting percentage up to .532, 4.9 win shares). He brought it hard at end game—Ellis was third in the League in clutch scoring last season (his 151 points in the final five minutes of games separated by less than 5 points put him behind only Kevin Durant and LeBron James—and tied with Kyrie Irving), a time of the game where he also increased his 3FG% to 54.5 percent. In doing so, he forced a reconsideration of the narrative on the hybrid guard that has been so dominant for the past 10 years.

And so, symbiotic with Dirk and empowered by a coach many had assumed would be existentially resistant to a player like Ellis, Monta once again emerged as among the most dangerous guards in the League. With Tyson Chandler back and Chandler Parsons filling a wing, the Mavs looked poised to challenge this year. You can bet Ellis will be front and center to any such efforts.