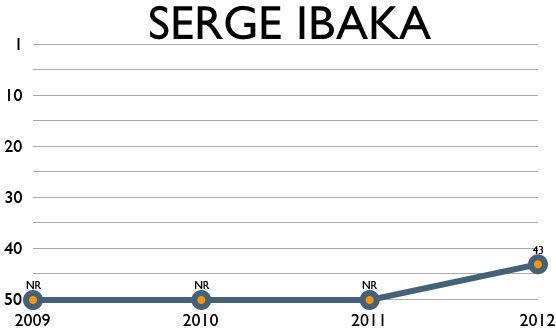 Oklahoma City Thunder General Manager Sam Presti must be a very happy man. Roster-wise, the young leader has an embarrassment of riches at his disposal and the most rabid fan base in the entire League. A grouping of players who have made yearly progress—going from an early round exit, to the Western Conference Finals to the NBA Finals last spring.

The ceiling for this team might just be determined by two other teams—the Miami Heat and that “Frankenstein” project being put together at the Staples Center. Unfortunately for the 36-year-old Presti, he doesn’t have the “Scrooge McDuck” pile of money, which would allow him to rightfully reimburse his talented employees like some of his contemporaries are able to do.

After consecutive offseasons where the team locked down their two prime stars in Kevin Durant and Russell Westbrook, it was only a matter of time. It would inevitably be just a season or two before the other emerging youthful players starting demanding big-time money. James Harden and Serge Ibaka, like Durant and Westbrook, were still south of the 25-year-old mark and were blossoming right alongside the team’s brightest luminaries. It was just a matter of time before dollar signs, luxury taxes thresholds and max-contracts began rearing their ugly heads. The optimistic future of the franchise would surely be jeopardized. It was bound to “break up the band.”

In a (not surprising) forward-thinking move, Presti started the negotiations with Ibaka first when most thought that Harden was the piece that needed the most immediate financial attention.

Harden was the backcourt compliment on the wing to Durant and on-the-ball to Westbrook. The 6-10, 235-pounder was the tough rebound in traffic. Ibaka was the intimidation. He was the grit on a team that preferred to do far more running and gunning than setting up in the half-court and grinding out possessions.

As the Thunder scramble to make the finances work to keep all four, Serge Ibaka readies himself for another training camp in peace. This year’s training camp grind eased with the freshly minted four-year extension at roughly $12 million per season. Just a month removed from representing his adopted country of Spain in the London Olympics, the native of the Republic of Congo is set in more ways than one. A new deal in place and a bright future on a franchise set for long-term success.

When individual and team success meet at the same spot, it generally leads to professional contentment. The small mid-western capital city in the state of Oklahoma just might have something on Disneyland.

Happiest place on earth, you say?