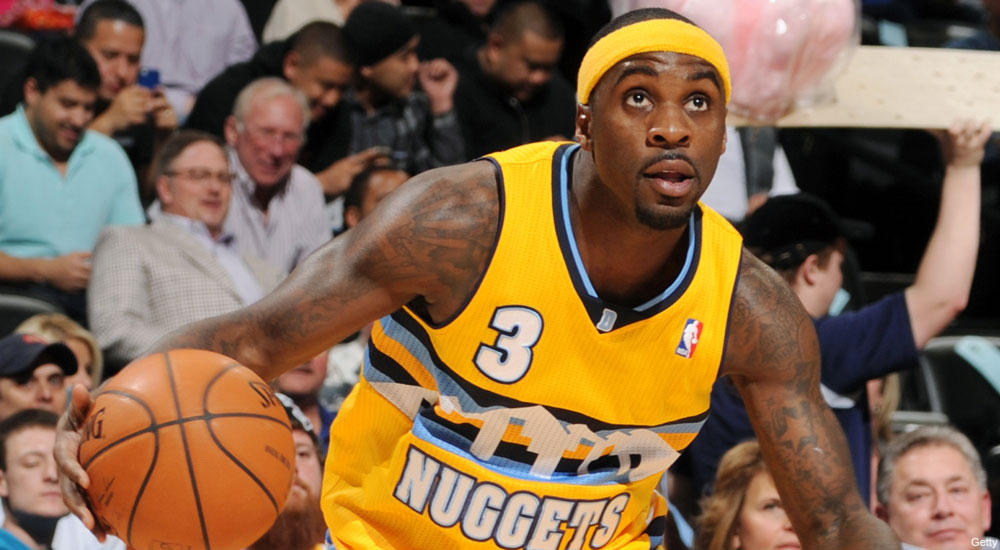 We’ve seen the YouTube videos, tweets and the Vines for years now.

If he’s driving toward the hoop with a full head of steam, and whoever is guarding him is back-peddling to try and stay in front of him—forget about it. Bucket.

Having the build and center of gravity similar to a bowling ball, along with extraordinary speed, quickness and bounce in his legs, the shifty Lawson can apply insane pressure on defenses when he’s at his best. Though he can finish through contact at the rim despite his small stature, his drive and kick game is also on a high level when defenses collapse on him once he’s wrecked his man on the perimeter.

Lawson’s sturdy build and quick feet make up a great base as a defender, and his quick hands along with instinct allow him to wreak havoc in passing lanes.

But in a league stocked with plenty of point guards possessing their own respective world-class combos of various skill sets and athleticism, Lawson has yet to achieve All-Star status.

So what’s holding him back?

Lawson, who turns 27 in November, has battled ankle injuries in basically every season dating back to his days donning baby blue in Chapel Hill. For a player whose success on the court directly correlates with his explosive movement, an ankle that isn’t full strength undoubtedly limits his effectiveness. Just look at Deron Williams—who played his way into a very legitimate candidate for best PG in the world in Utah before ankle injuries the last three years have him looking pedestrian in the NBA.

The Nuggets shut Lawson down for the final six games of last year because of an ankle injury, one that forced him to miss 20 games in total, but an offseason of rest (no surgery) has him ready to hit the ground running again this season.

Lawson averaged career-highs in points (17.6), assists (8.8) and steals (1.6) in a career-high 35.8 minutes per game last season under first year coach Brian Shaw. But he also shot a career-low 43.1 percent from the field and averaged a career-high 3.2 turnovers per game during a season in which the Nuggets finished with 36 wins and out of the Playoffs.

The intangible feel, nuance, IQ—or whatever term you prefer—which separate the elite point guards from the great ones is also something Lawson is striving toward in his quest to establish himself as an All-Star point guard. Even if both his ankles are at full strength, Lawson will need to continue to make strides toward consistency in terms of knowing when to apply his break-neck speed on opposing defenses and when to bring the ball back out.

After Denver replaced its GM, coach and some key contributors from a 50-win playoff team, Lawson saw his role (and bank account) expand heading into last season. Perhaps the year under his belt in that role will equate to more efficient outings by Lawson this year, and a needed improvement on his field-goal percentage and assist-to-turnover ratio. Don’t be fooled either, the low percentage isn’t because he’s a bad shooter but a byproduct of a high volume to tough shots.

This season, he’ll have weapons around him on the perimeter with Arron Afflalo, a healthy Danilo Gallinari, Wilson Chandler, Randy Foye, Nate Robinson and Quincy Miller to kick out to. Rookie Gary Harris should also bring an exciting element to the Denver backcourt with his ability to defend and dynamic offensive game that Lawson could help flourish.

Athletic bigs Kenneth Faried, JaVale McGee, JJ Hickson and Darrell Arthur surely will be on the receiving end of some highlight-reel lobs from Lawson.

The table is set for Lawson to be the man in Denver.

Lawson checked in at No. 35 last year in the #SLAMTop50, but dropped to No. 42 this year and has 12 point guards ahead of him. The next step for Lawson is to lead his team back into the postseason. As we watch him try and become a proven winner in the NBA, one of the few things that is certain is that we’ll be treated to plenty of highlights along the way.