The Spurs, finished? Not yet. 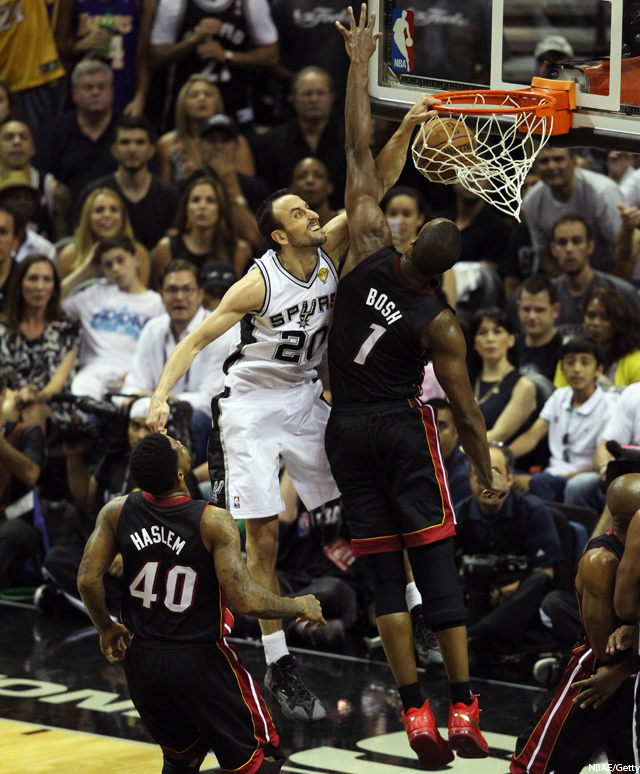 It was a play that began with a single pass—odd for these Spurs in these Playoffs. Tim Duncan throwing a two-handed overhand outlet to Manu  Ginobili, who then went to work. TD, heading upcourt at slightly more than a stately jog, didn’t reach the other end until it was over. The Heat had opened this must-win Game 5 at breakneck speed, pulling away to a double-digit lead, but that was gone now.

And Manu Ginobili, soon to be 37 years old, who appeared near the end during last year’s Finals, would be the one to hammer home the last nail. He capped off a 14-0 Spurs run by shrugging off a Ray Allen reach-in, cuffing the ball in his left arm and slamming it home over a late-arriving Chris Bosh, recapturing some of the athletic magic that will one day earn him a spot in Springfield (no, not as a Simpson).

Duncan reached the paint just as action turned back the other way, and, as Ginobili passed him headed back downcourt, the normally stoic Timmy broke into a goofy grin and couldn’t help but give Manu’s head a playful shove. Finished? Not yet. Yeah, these guys will be back.—Russ Bengtson