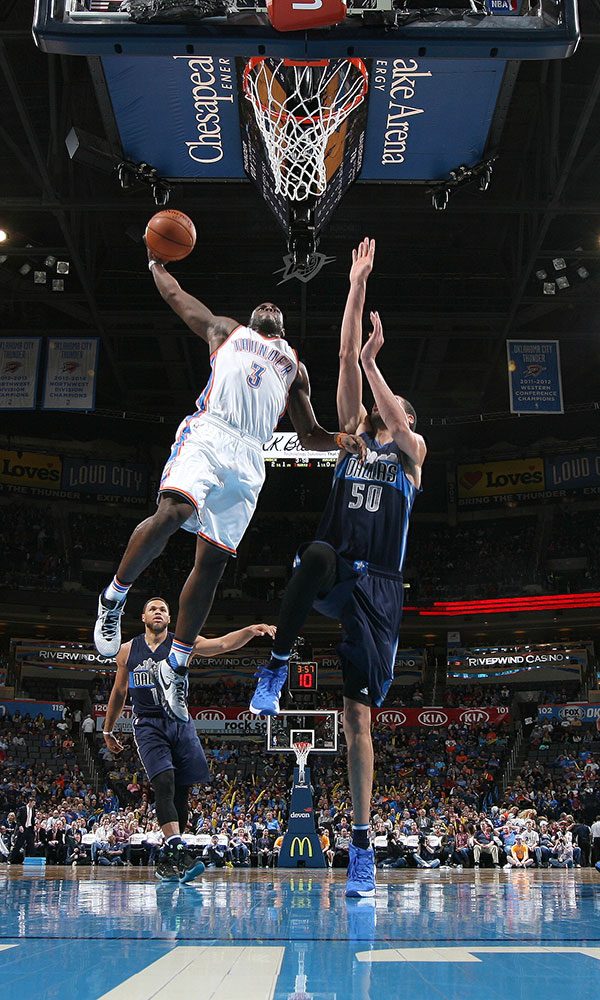 Salah Mejri is 7-2. He is 29 years old. Until this season, he’d played in Africa and Europe—the past season and a half with Real Madrid, where he started exactly two games and averaged 10 minutes per. He was the first Arabic and Tunisian person to play in the Euroleague, and when he signed with the Dallas Mavericks this summer, he became the first Tunisian to play in the NBA.

He tied a career high with 1 block against the Thunder and almost got a second, one that would have kept him off this spread. Matched up with the 6-4, 24-year-old Waiters on the perimeter, he spun to the basket as Waiters drove the lane and came within a hand’s breadth of blocking Waiters’ dunk. That, for Dion at least, wouldn’t have been a first.