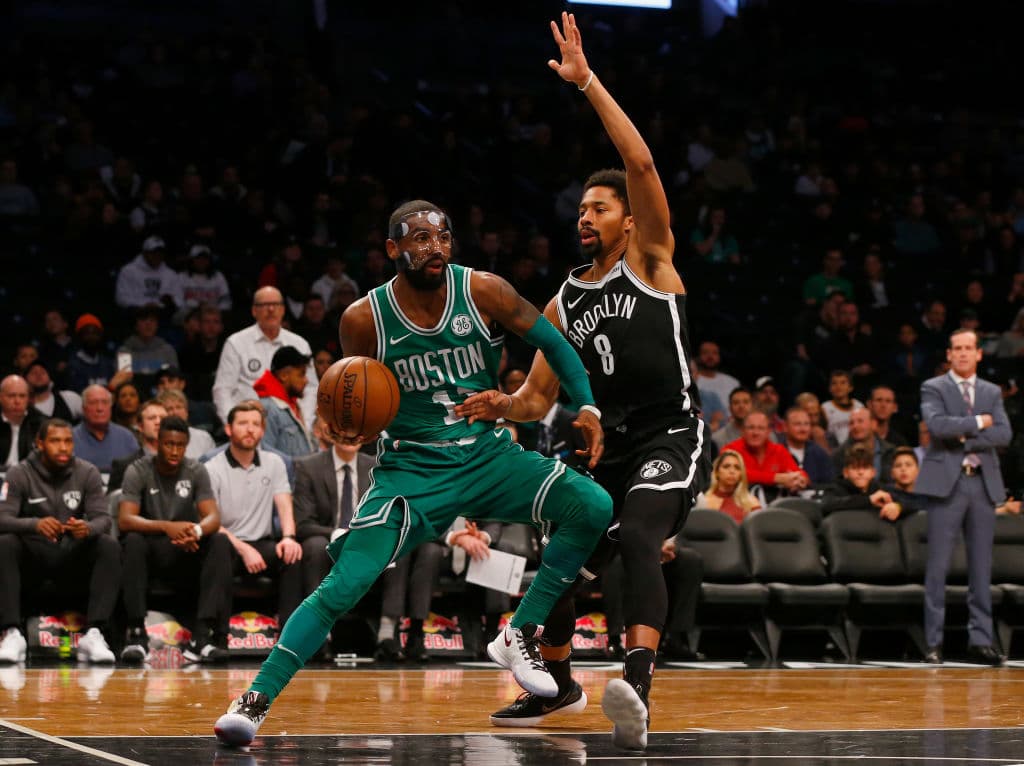 Dinwiddie played a role in helping recruit Irving to BK as an unrestricted free agent this summer, and says Kyrie foreshadowed that “New York could be fun” this season.

The Nets plan to hand the keys of the offense their new All-Star point guard.

Per Nets Daily (via The Athletic):

“The first time he reached out was maybe like December in terms of just loosely talking about it,” [Dinwiddie] told [Shams] Charania. “He was obviously still super focused on his season and everything. But you could tell from his conversation that it was on his mind and obviously free agency was coming up and that’s kinda what it was. Just asking a friend about his current situation what he thought.”

Asked when things changed from Knicks to Nets for the six-time All-Star, Dinwiddie seemed to say that the Nets, because of his childhood as a Jason Kidd fan, held much more sway than believed.

“Kyrie very much identifies as a New Jersey kid,” he told Charania. “This is not something fabricated for the purpose of the story. He was saying things like, ‘I’m really from New Jersey.’ With all these comments, [I thought] we got a shot. This isn’t like the Knicks or nothing.”