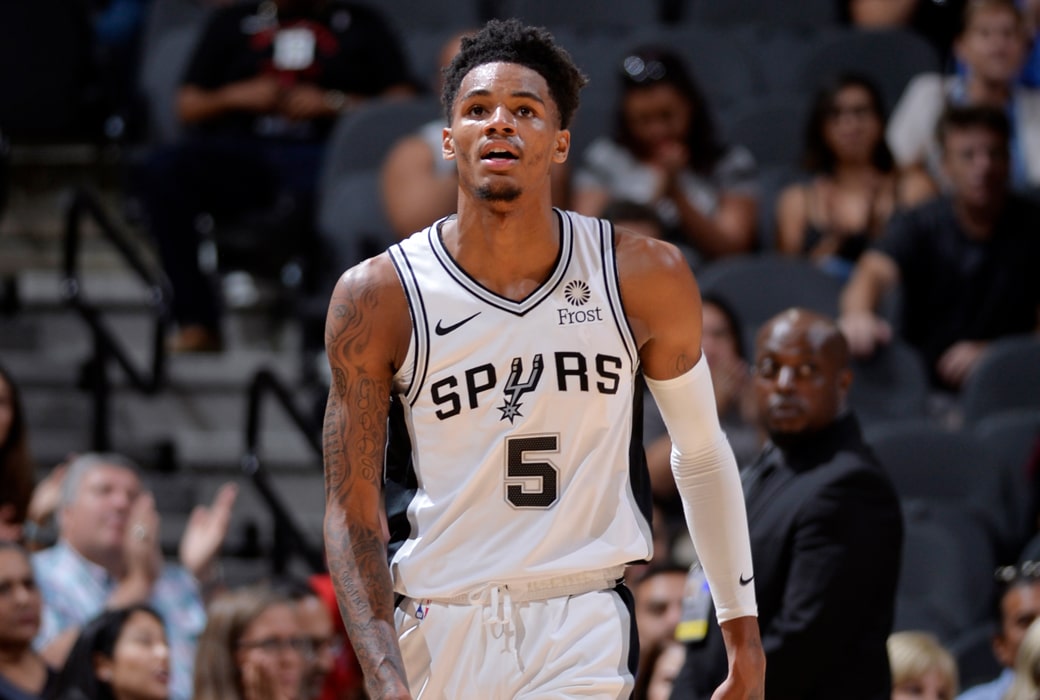 Dejounte Murray has suffered a torn ACL in his right knee, the Spurs announced. His surgery has not yet been scheduled and no timetable has been set.

Spurs guard Dejounte Murray underwent an MRI examination this morning in San Antonio that revealed he has a torn right anterior cruciate ligament.

The 22-year-old point guard sustained the injury during Sunday’s preseason game against the Rockets. In 2017-18, after taking over the starting job from Tony Parker, Murray averaged 8.1 points, 5.7 rebounds, 2.9 assists and 1.2 steals per game.

Prayers up. Come back stronger, Dejounte!

RELATED
Dejounte Murray Won’t Settle For Anything But Greatness