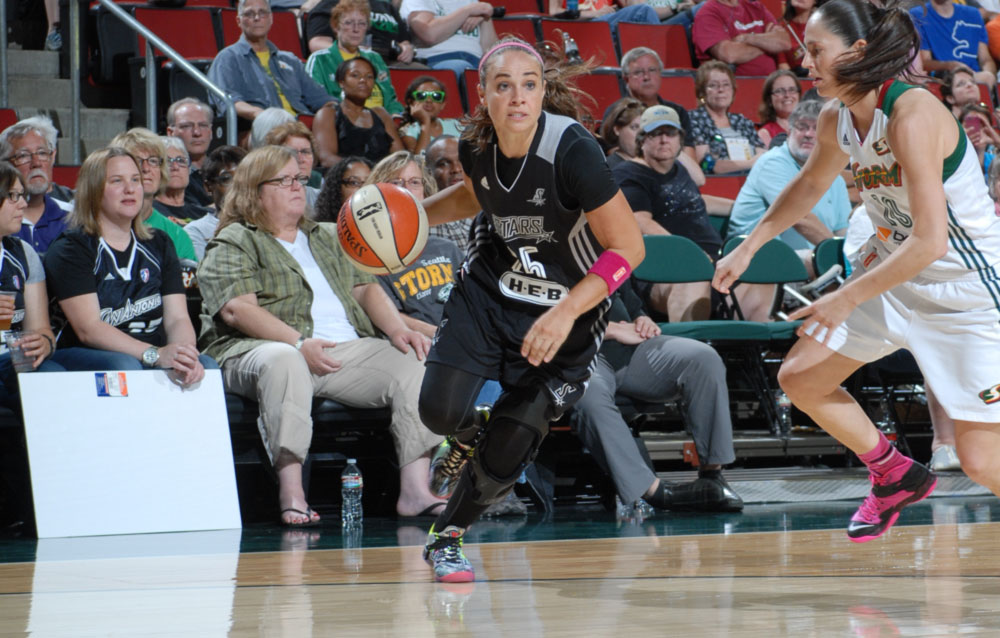 The Spurs have hired Becky Hammon as an assistant coach, making her the NBA’s first full-time female assistant coach. Hammon, who will retire from the WNBA this month, worked closely with coach Gregg Popovich’s coaching staff during the 2013-14 season as she rehabbed a torn ACL:

The San Antonio Spurs today announced that Becky Hammon has been hired as an assistant coach. Per club policy terms of the contract were not announced.

“I very much look forward to the addition of Becky Hammon to our staff,” said Spurs Head Coach Gregg Popovich. “Having observed her working with our team this past season, I’m confident her basketball IQ, work ethic and interpersonal skills will be a great benefit to the Spurs.”

A six-time WNBA All-Star, Hammon has spent the last eight seasons with the San Antonio Stars. She is the Stars all-time leader in assists (1,112) and three-point field goals made (493) while ranking second in franchise history in points (3,442) and games (218). In 2012 Hammon was the top vote getter for the Stars All-Decade Team.