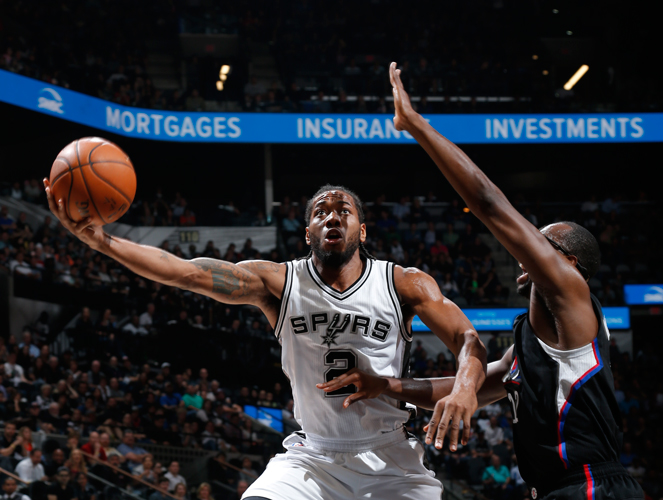 The Indiana Pacers took care of the Boston Celtics at Bankers Life Fieldhouse Tuesday night. Paul George finished with a game-high 25 points, 7 rebounds, 4 assists and 4 steals to lead his team, and Monta Ellis added in 16 points, 7 rebounds and 6 assists of his own. Isaiah Thomas was the high-scorer for the road team with 21 in the loss.

Evan Fournier scored 30 points against his former team as the Orlando Magic earned a 116-110 win over the Denver Nuggets. Jason Smith added 25 points and 13 boards off the bench, and Victor Oladipo finished with 23 in the victory. Aaron Gordon threw down too, of course, and finished with 16 points.

The Brooklyn Nets beat the Philadelphia 76ers at Barclays on Tuesday night behind a monster night from Bojan Bogdanovic. The Nets big man tallied a career-high 44 points, while Thaddeus Young contributed a 14-point, 16-rebound double-double in the victory.

Brooklyn led by as many as 24 points, and beat the Sixers in the paint, on fast breaks, and in grabbing rebounds.

Kyle Lowry finished with a 25-point, 11-rebound double-double to lead his Toronto Raptors back to the win column after dropping a close one against the Bulls.  Norman Powell added in 17 points as the Raps handled Giannis Antetokounmpo and the Milwaukee Bucks without many problems.

With their win against the Los Angeles Clippers Tuesday night, the San Antonio Spurs remain undefeated at home. Our latest cover subject, Kawhi Leonard, led the seasoned veterans with 20 points. LaMarcus Aldridge added 17 points as the Spurs shot over 53 percent from the field. Chris Paul led the Clips with 22, but the Spurs were too much. They went on a 26-4 run in the fourth quarter, outscoring L.A. 37-17 in the final period.

The Kings got things done on the road on Tuesday night. Boogie Cousins and Darren Collison scored 22 points apiece as Sacramento completed its first season sweep of the Lakers.