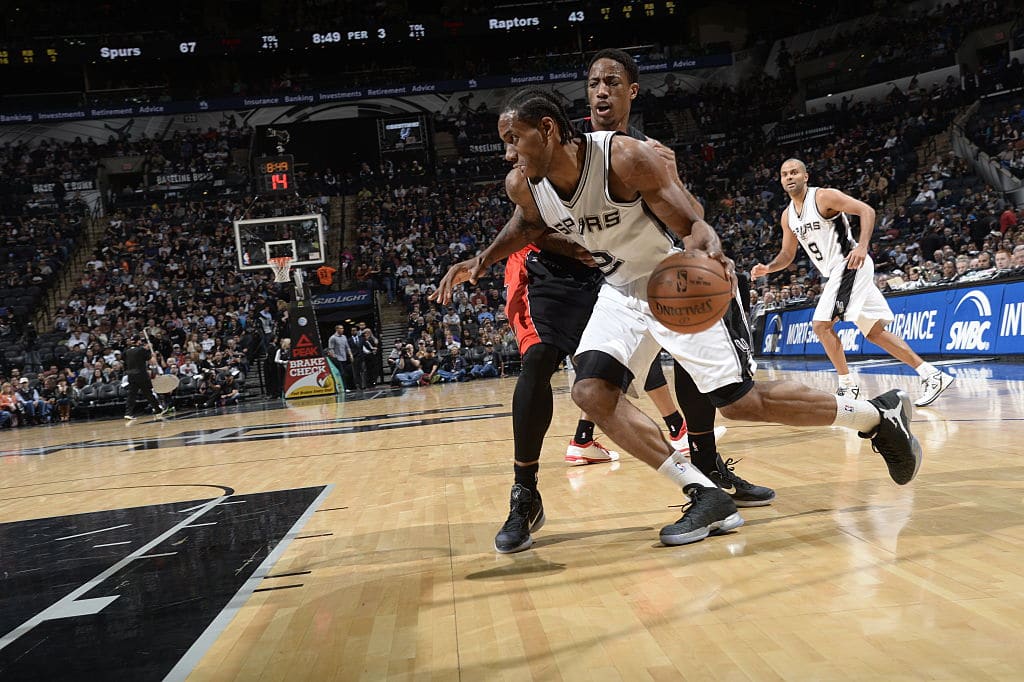 The San Antonio Spurs and Toronto Raptors are reportedly finalizing a blockbuster trade of Kawhi Leonard and DeMar DeRozan.

Rumors of the swap have been floating around for days, and both stars know that an agreement in principle could be imminent.

Leonard has privately expressed a desire to leave San Antonio, but had preferred to join the Los Angeles Lakers.

DeRozan has three years and $83 million left on his contract.

Sources close to DeRozan told ESPN’s Chris Haynes that DeRozan met with Toronto brass in Las Vegas during summer league and was told he would not be traded.

Raptors president of basketball operations Masai Ujiri is taking a significant risk in pursuing the trade. Ujiri will make the deal with a determination that he can sell Leonard on re-signing with the Raptors next summer in free agency, sources said. Toronto would be able to offer Leonard a five-year, $190 million contract next summer. If Leonard left the Raptors, he could sign a four-year, $141 million deal with a team with the available salary-cap space.