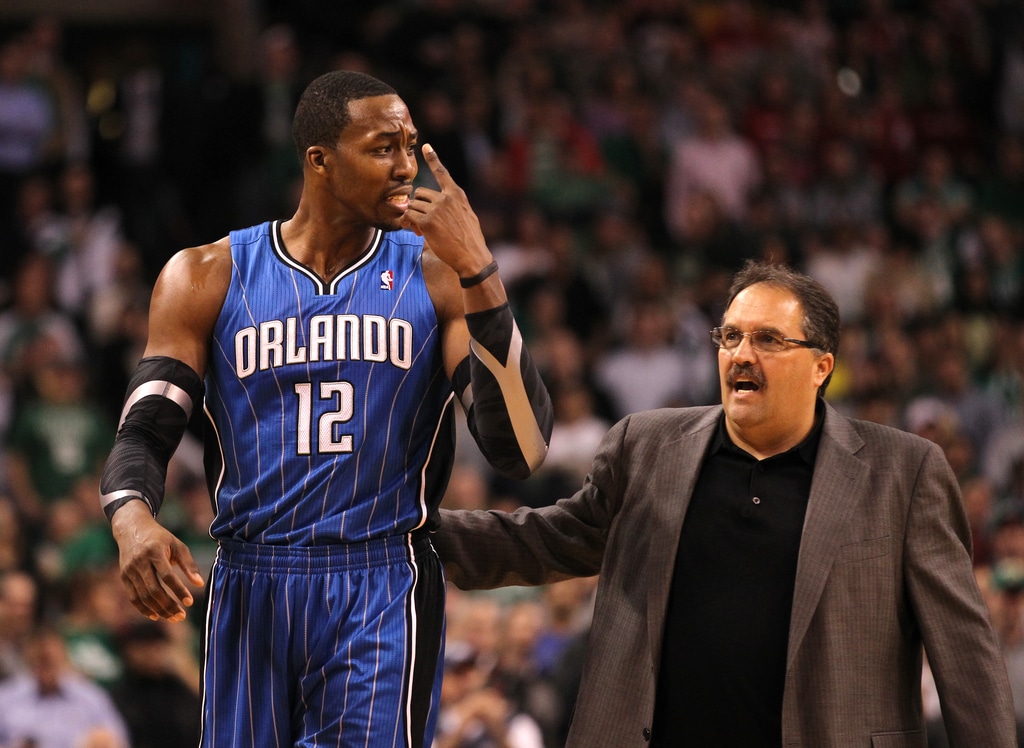 Former Magic head coach Stan Van Gundy argues that Dwight Howard is “absolutely” a lock for the Hall of Fame.

“It would be a travesty” if Howard didn’t get in, according to SVG.

Per The Orlando Sentinel:

If anybody should have the final say on whether Dwight belongs in the Hall of Fame, it’s Stan — the man who coached him during his heyday before Dwight tried to get Stan fired in Orlando.

“Absolutely! It’s not even close. It would be a travesty and absolutely ridiculous if he didn’t get in. He was first-team All-NBA for five years and Defensive Player of the Year for three years in a row. Then compare him to guys who are already in the Hall of Fame like Alonzo Mourning and Dikembe Mutombo. Come on, Dwight had a lot better career than a lot of centers who are in the Hall of Fame.”

Added Stan: “Dwight has had injury problems since 2012 when he hurt his back here in Orlando, and everybody is looking at him since then but are forgetting what he was up until then, which is the most dominant big men in the NBA for quite some time. How many guys do you know who made the All-Star team for eight straight years and are not in the Hall of Fame? We forget who this guy was.”