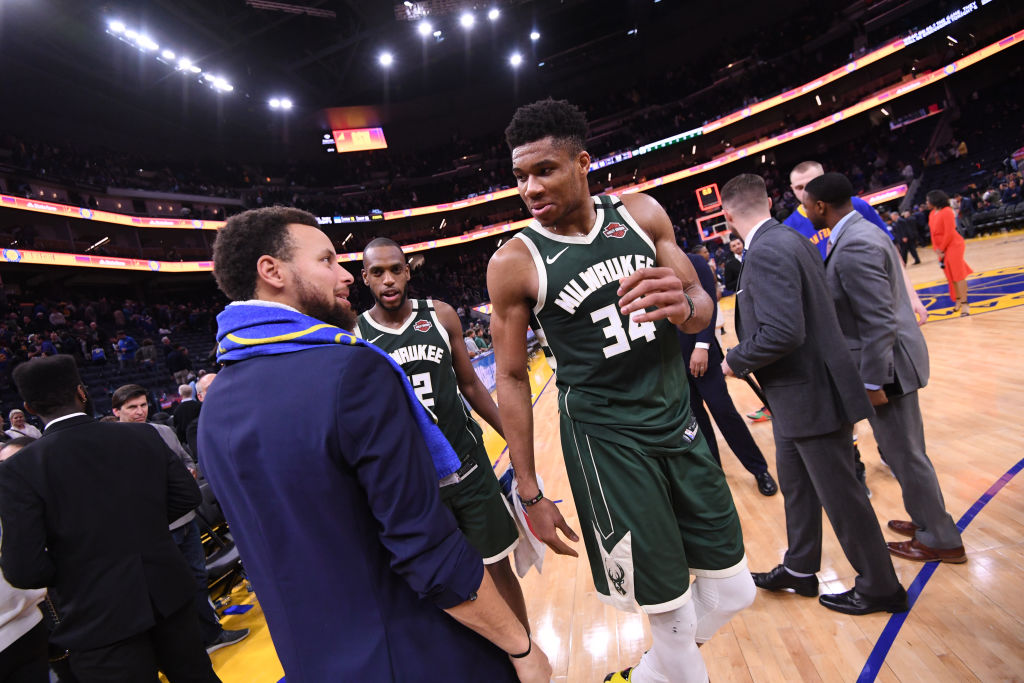 TV cameras caught Stephen Curry possibly tampering with Giannis Antetokounmpo, but he claims this was simply not the case.

Curry’s story is that he was merely recruiting Antetokounmpo to team up in PUBG, a popular online multiplayer battle royale video game.

Steph, meanwhile, appears to be well on track for a return to action for Golden State in March after breaking his left hand Oct. 30.

He has recently been ramping up his shooting over the last three days, participating in drills without a cast or bandages on his hand. On Yahoo Sports’ “Posted Up” podcast on Thursday, head coach Steve Kerr said, “I think there’s an excellent chance he comes back sometime in March.”

On Thursday afternoon, Curry was seen going through shooting drills at the Warriors’ practice facility with assistant coach Bruce Fraser and team consultant Zaza Pachulia for at least an hour.

Curry’s hand injury is not considered as serious as the ACL tear Klay Thompson suffered in June’s NBA Finals, and Thompson remains less likely to play this season.

“They’re both dying to play, and we’re dying to have them back,” Kerr said. “We’ll just keep staying the course.”