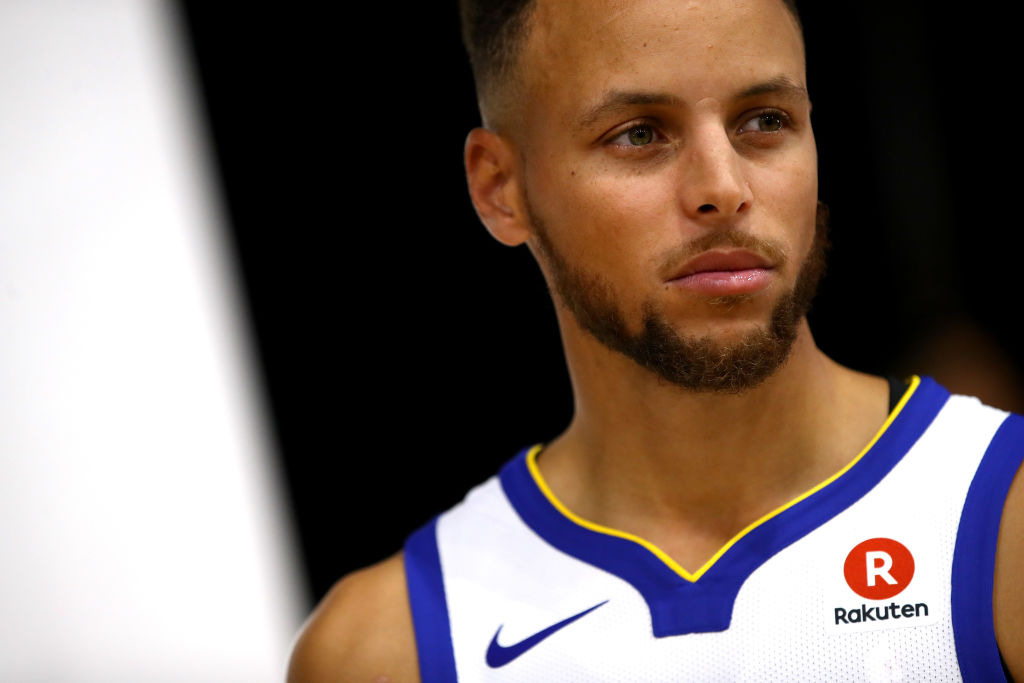 Stephen Curry graces the cover of this week’s Sports Illustrated issue, and he’s not happy with it.

Curry thinks the magazine’s editors badly missed the mark by omitting Colin Kaepernick from an image depicting the sports world coming together in a divided America.

THIS WEEK'S COVER: In a nation divided, the sports world is coming together https://t.co/sKPjrhHhmZ pic.twitter.com/3yzkvV1OCl

Curry says the cover is “terrible.”

Stephen Curry said the recent SI cover (in which he was on) not including Colin Kaepernick was "terrible" pic.twitter.com/HDSUxcQvdm

“That was terrible. Just kind of capitalizing on the hoopla and the media and all that nonsense. The real people that understand exactly what’s been going on and who’s really been active and vocal and truly making a difference, if you don’t have Kaepernick front and center on that, something’s wrong. It’s kind of hard to see how certain narratives take place, being prisoners of the moment. I was kind of joking around yesterday when I saw that on a certain Instagram handle, but at the end of the day, that stuff really doesn’t matter. It’s about the true message and really highlight the people that are doing the right things.”

After Sports Illustrated released its latest cover Tuesday, showing 10 prominent sports figures linking arms, many on social media were quick to ask: Where is Colin Kaepernick?

Count Stephen Curry among those who were puzzled that SI didn’t include the former 49ers quarterback whose decision to kneel for the national anthem last season started a movement.

“What we wanted to capture with this cover (was), yes, the news of the weekend,” [SI executive editor Stephen] Cannella said. “But we thought the enduring message of what we saw, especially on Sunday in the NFL, was this sense of unity.”