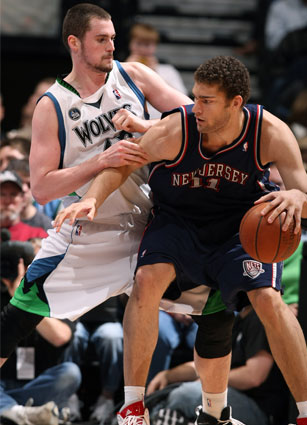 Among the pantheon of SLAMonline hoops Gods, Stephen Curry certainly has earned a prominent place. At times during the past year, Curry’s been the most discussed player in basketball. When Khalid wrote about Mo Cheeks’ firing (which worked out for Philly, hasn’t it?), the comments section tangented into a mini Steph Curry love-in. This was no aberration.

He’s arguably been the most compelling collegiate player since his performance in the ’08 Tournament. Will he be the next Boobie Gibson? Juan Dixon? Don’t even go there about J.J. Redick!

We’ll soon find out what type of NBA player Curry can be when some lottery team invites him to shake David Stern’s hand this June (Michael, do your thing man). Curry announced today he’ll enter the Draft and indicated he was signing with an agent.

Davidson star guard Stephen Curry announced today that he would skip his senior year at the school and go straight to the NBA.

Curry is expected to be a first-round pick in this summer’s NBA draft and could well be available when the Charlotte Bobcats make their pick.

One thing isn’t debatable about Curry: He was extra nice as a college player. How he’ll transition at the next level is anyone’s guess.  He could fall in the Draft due to his size and questions about his handle. But when you shoot like he does, you will have a place. Remember there are several two-guards who are Curry’s height or shorter in the L right now. No matter where he’s drafted, some team will get a nice player.