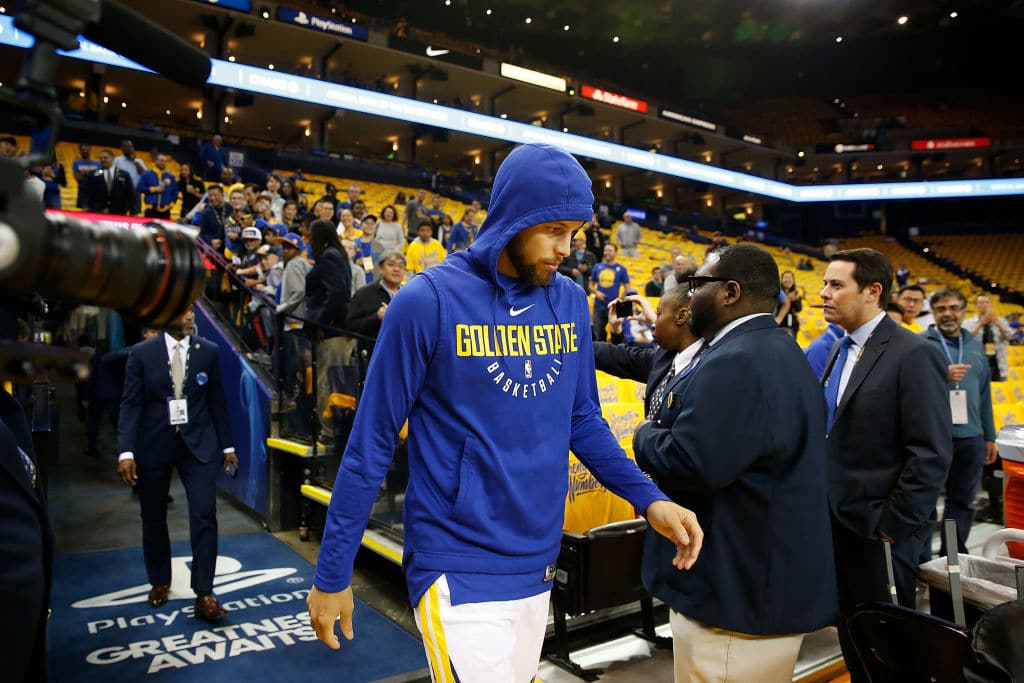 Stephen Curry is expected to suit up in Game 2 of the Warriors’ second-round series against the Pelicans, and the two-time MVP says he remains a durable player despite his nagging injuries this season.

Curry is listed as “probable” on the verge of a retrun from a left knee injury.

“He’ll want to get his legs underneath him,” [Steve] Kerr said after practice. “So we’ll try to find that balance between being cautious and letting him go a little bit.”

He played in only 51 of 82 regular-season games for the defending champions.

“It’s been interesting. Obviously when I’m out there I’ve been playing well, playing at a very high level, we’ve been winning” Curry said. “You have some kind of unfortunate situations, landing on somebody’s foot, being in the wrong place at the wrong time, whatever the case is, missing games. The back of my mind I know I’m still durable, I’m still a player that’s expected to be out there every single night helping my team win. And that confidence in myself has never wavered.”