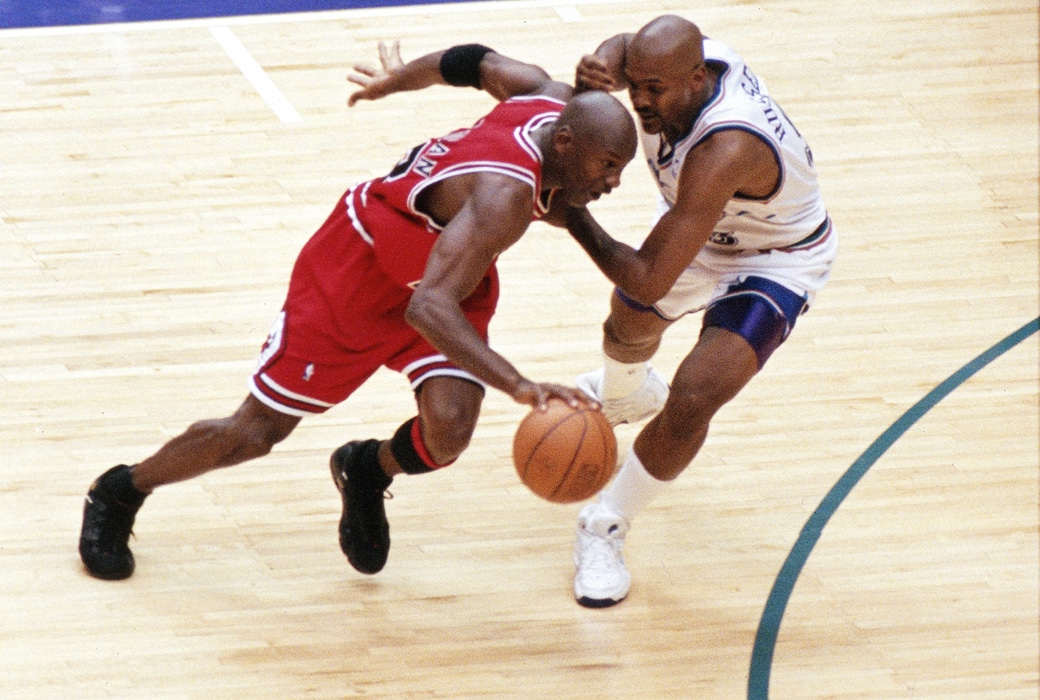 In a story by the Deseret News‘ Eric Woodyard, Curry said Russell was “one of my favorite players growing up for no specific reason,” and hated that Jordan’s “Last Shot” had to be against Russell.

“What’s funny is that Bryon Russell was actually one of my favorite players growing up for no specific reason,” said Curry.

“So I was kind of hurt,” he added. “I loved Jordan, but Bryon Russell was one of my guys and I was hurt that it had to be him. He definitely pushed off, though.”