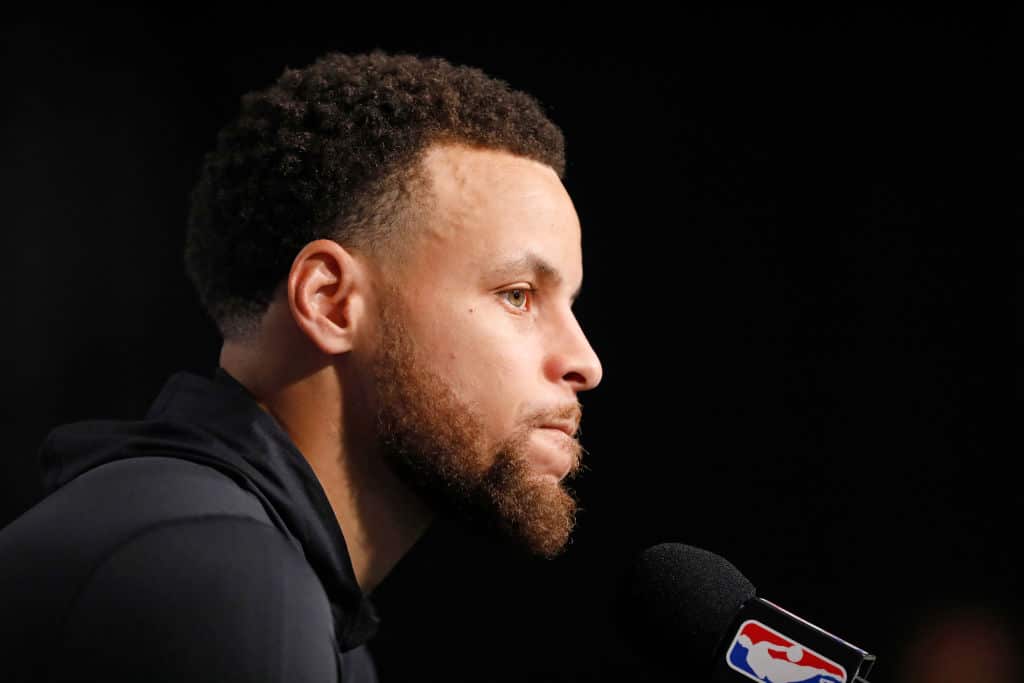 Stephen Curry admits that the NBA Finals MVP is a “special award” he would like to win—and he has surely heard the chatter about how it’s supposedly crucial for his legacy—but says winning championships is far more important.

Curry, however, adds that he enjoys the debate.

“For us to win championships, I know I have to be playing at a very high level,” Curry said on NBATV.

“Whether that means a Finals MVP or not, I’ll let that kind of work itself out. In terms of chasing rings and banners, that’s the first and foremost. You can’t cheat the game that way.”

“That’s like secondary to that you win or you lose,” Curry said of the Finals MVP trophy. “Probably even way down the list.”

“Do I feel like we win a championship without myself or with what Draymond did or Andre did? No.” Curry said. “Everybody has a part in what we do, and whoever wins it this year, it’s the same vibe. I could go out and average 50 [points]. But without the contributions, the effort and the focus of everybody that steps foot on the floor, we’re not putting banners up. Everybody can feel pride in all the individual accolades as well as the team.”

On Monday, Curry reiterated that Durant “deserved both of them.” Durant has expressed appreciation that Curry offered public and private support instead of outward or subtle disappointment.

“There’s no reason to — in the positions that we are in,” Curry said. “That’s just nitpicking, at the end of the day. If I really want to cause a hissy-fit about not winning the Finals MVP with all that we’ve experienced and all the highs that we’ve been to….”