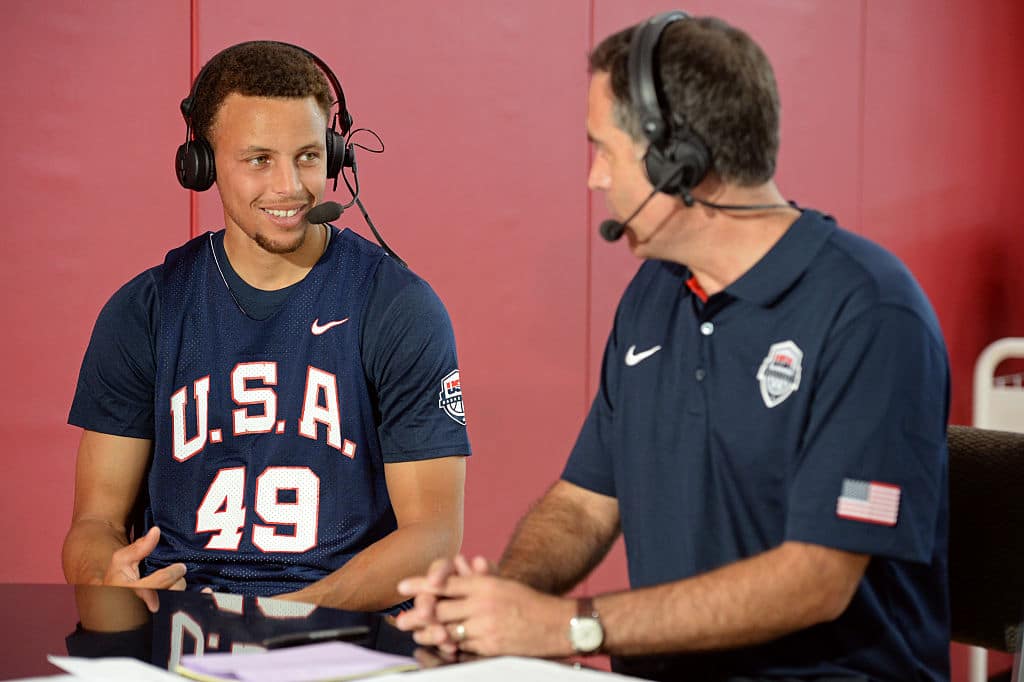 Stephen Curry has never played for Team USA in the Olympics, though the two-time NBA MVP plans on competing in Tokyo next summer.

“Definitely wanna go,” Curry said in a recent interview with ESPN’s Rachel Nichols (h/t Nick Friedell of ESPN.com). “I’ve never been on the Olympic team. I’ve been on two World Cup championship gold-medal teams. But the Olympics is the experience that I want. And next year will hopefully be it.”

Curry opted to withdraw from the Rio de Janeiro games back in 2016 because of ankle and knee woes. Curry had missed four games during the 2016 postseason because of a sprained right knee.

Team USA won gold in 2016, though they didn’t fare well in the 2019 FIBA World Cup, as many of the league’s stars skipped the event. Curry believes the country will get back on track and win its fourth-straight Olympic gold medal.

“We’re still the best,” Curry said. “If we get the guys that are supposed to be there, in terms of, you know, representing us in the Olympic stage and the commitment’s been there, and I think it’ll be there next year.”

Damian Lillard has also stated that he intends to play in Tokyo. However, it’s worth noting that Team USA managing director Jerry Colangelo said that he would “remember” the players who didn’ show up to the World Cup games in China in regard to selecting the Olympic team and Lillard was among the stars to withdraw from competing for the United States.

It’s hard to envision someone with Lillard’s status actually getting left off the team because he skipped the World Cup. Same with Curry. Golden State’s point guard has previously played in two FIBA World Cups, helping to bring home the gold on both occasions. Warriors’ head coach Steve Kerr is on Gregg Popovich’s staff on Team USA, so if Curry aims to play, he likely won’t face any obstacles.