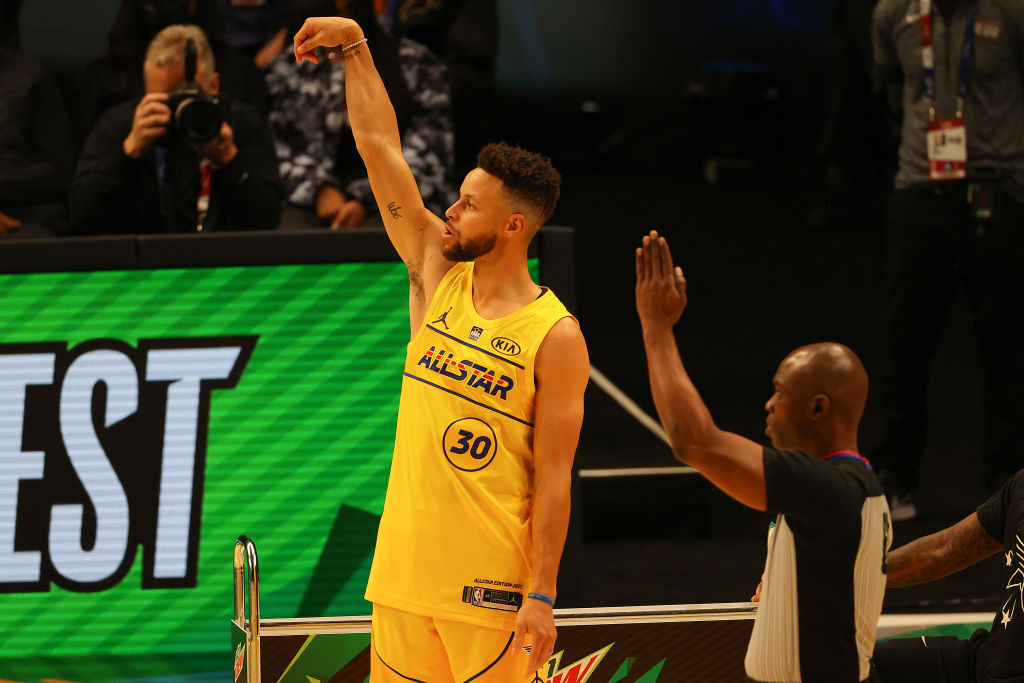 Golden State Warriors superstar Stephen Curry has had as impressive a 2020-21 campaign as any player after missing 60 games during the 2019-20 season and the revered sharpshooter continued to add to his legend on Sunday.

Despite Conley (a late addition for injured Phoenix Suns guard Devin Booker) giving Curry a run for his money in the final round, the Warriors icon is now a two-time 3-Point champion and the first since Jason Kapono (2007, 2008).

He would dedicate the victory to teammate Klay Thompson, who will miss the entire 2020-21 season with an Achilles tear.

During the contest, MTN DEW would award $100,000 in scholarships to two students from Historically Black Colleges and Universities (HBCUs).