Stephen Curry: ‘You Gotta Be Happy’ for Kevin Durant 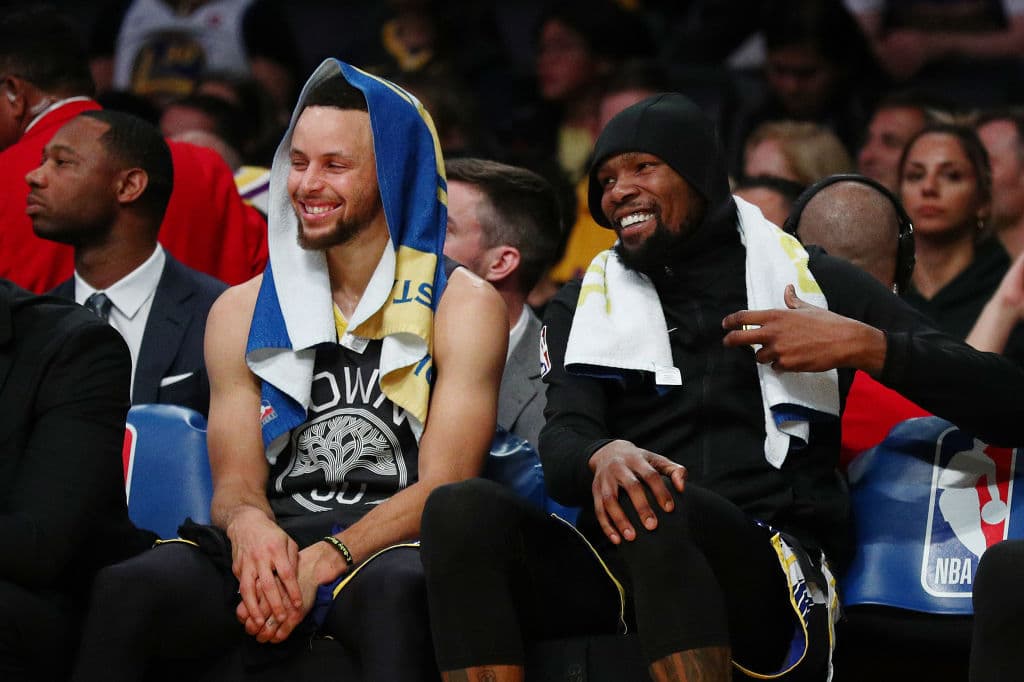 Stephen Curry says “you gotta be happy” for former teammate Kevin Durant, who left the Golden State Warriors for Brooklyn as an unrestricted free agent this summer.

Curry prefers to focus on the championship success he enjoyed along KD for three seasons.

Steph adds that Durant can’t be blamed for joining the Nets in search of individual happiness.

“We won two championships and I think we both got better throughout the process as basketball players and as people,” Curry told the media at a Warriors Camp event in Oakland on Monday night. “With the demand every single night to be great, all that that comes with in terms of media attention, scrutiny, the criticism, the praise, it’s a lot to handle and I think, me and him, especially on the level, can connect.”

Curry, better than anyone, seems to understand what went into Durant’s choice to leave the Warriors for the Nets.

Durant helped raise two banners to the Oracle Arena rafters, and Curry is looking forward to the days after their careers are over when they can come together and celebrate what they achieved.

“We’ll always remember the three years we had,” Curry said. “Like he said, we’ll probably be back here down the road to celebrate those [titles] like they did the 74-75 team. So, it’ll be cool when that happens.”

Related Kevin Durant: ‘If I Was Leaving the Warriors, it Was Always Going to Be for the Nets’