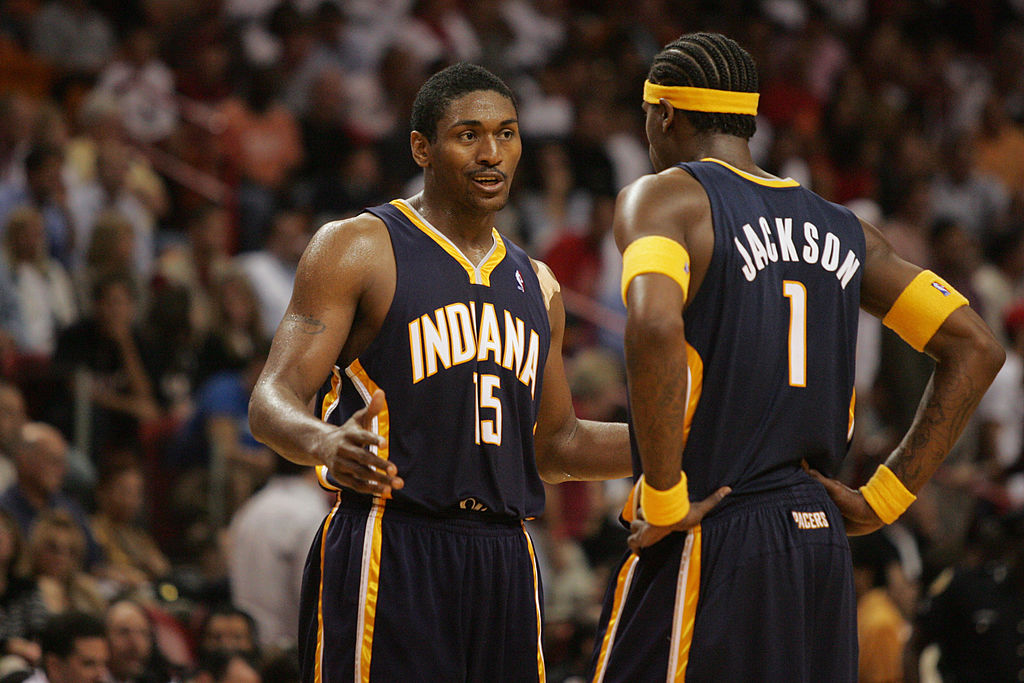 Stephen Jackson doesn’t regret his role in “Malice at the Palace,” one of the ugliest episodes in NBA history.

Matt Barnes, Cap’n Jack’s co-host on a new and highly-entertaining video podcast venture, adds that he “could imagine” himself doing something similar.

“I was there for my teammate,” Jackson says of joining Ron Artest in the stands to brawl with Detroit Pistons fans on Nov. 19, 2004.

“I don’t really think about the brawl until this time of year when it’s all over social media,” he said as he sealed and lit his blunt outside of a recording studio in Santa Monica.

“I don’t regret it. I was there for my teammate and it was something I took pride in doing. I just hate the way I got judged. I’m far from a thug. I’m a loyal friend who will always have your back.”

As Jackson spoke, his former teammate Matt Barnes took a seat beside him and lit his own blunt as he reminisced about where he was when he saw Artest and Jackson throwing punches in the crowd.

“I was with the Sacramento Kings and we were playing Memphis and we watched it on TV during halftime of our game,” Barnes said. “We actually started the second half late because we were all in awe. We were watching these dudes fight the fans. It was crazy but I could imagine myself doing some … like that.”